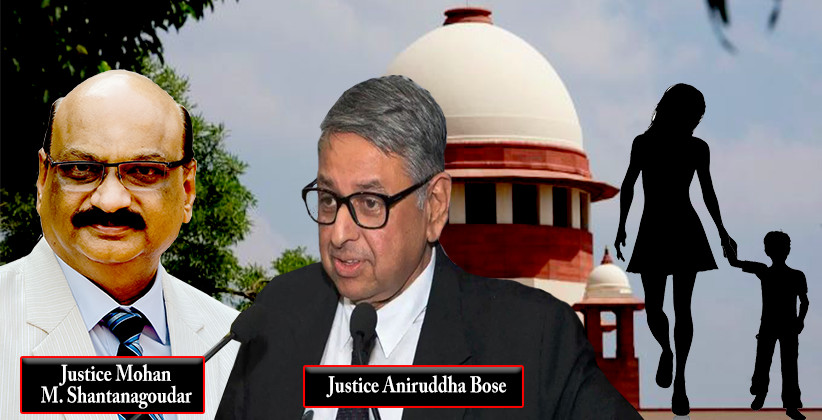 The Supreme Court of India recently, in the case of Hardev Singh v. Harpreet Kaur & Ors Criminal Appeal No. 1331 of 2013 has held that a boy of 17 years of age upon marrying a woman of 21 years of age, through the mutual consent of families of both the parties does not attract punishment under Section 9 of the Prohibition of Child Marriage Act, 2006. The Court further explained that the section would not attracted even in cases of adult females marrying a male child. The Apex Court clarified that the aforementioned section is only concerned with the apprehension of male adults marrying a minor girl. The Hindu law rightfully asserts the minimal age requirement to be 18 and 21 for girls and boys, respectively.

The criminal appeal was being heard by a Division Bench comprising of Justice Mohan M. Shantanagoudar and Justice Aniruddha Bose.

In case of violation of any of the provisions of the act, it brings down punitive measure for the guilty party extending to a monetary amount of up to Rs 2 lakh rupees or imprisonment for up to two years. The singular agenda behind this act was to keep girls and boys out of child marriages and prevent them from marrying in an age of minority.

However, earlier in the case, the Punjab and Haryana High Court had put out an order penalising the boy of age 17 years for violating the minority clause by entering in to a marriage when the boy was a minor. Having said that, the case has been appealed in the Supreme Court and the judgment is in favour of the appellant because the marriage took place through reciprocal agreement of both the families, thereby making the boy child not guilty.

The Court also stated that: “in a society like ours, decisions regarding marriage are usually taken by the family members of the bride and groom, and women generally have little say in the matter.” The SC, however, said that Section 9 would not apply even if his age was 17 as the said provision clearly states that it will only apply where the “male adult” is “above eighteen years of age”.

The Court gave meaning to Section 9 of the Prohibition of Child Marriage Act, 2006, which says: “whoever, being a male adult above 18 years of age, contracts a child marriage shall be punishable with rigorous imprisonment which may extend to two years or with fine which may extend to one lakh rupees or with both.” The Supreme Court finally set aside the order given by the Punjab and Haryana High Court.