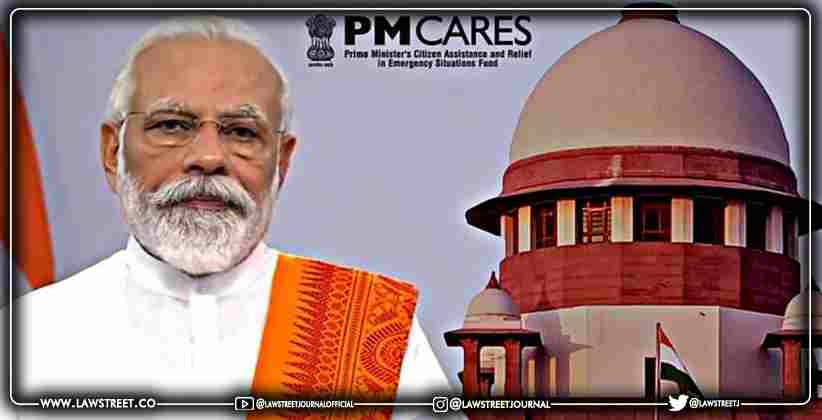 On Tuesday (June 1, 2021), the Supreme Court directed the Central Government to provide details of the PM Cares scheme, which was launched by the Prime Minister Narendra Modi, to provide financial and educational assistance to children who were orphaned during the pandemic, in a suo moto case concerning the spread of COVID-19 in child care institutions.

The Court noted that Additional Solicitor General Aishwarya Bhati has agreed to file details of the aforementioned scheme, including beneficiary identification and the mechanism to be used to monitor it.

"ASG Aishwarya Bhati agrees to file details of the scheme, including the identification of beneficiaries. The information about the mechanism should be provided by the Union Of India,  in order to monitor the scheme".

After the Amicus Curiae, advocate Gaurav Agarwal made submissions regarding the issuance of the scheme, due to the insufficient details available about it, the direction was issued.

The Bench noted that the Amicus requested that the Union of India  be directed to submit the necessary details of the PM CARES  scheme, announced by the Prime Minister, because  specifics of the scheme ate not available.

"In his note, the Amicus referred to the Prime Minister's 'PM CARES for Children' scheme, which was announced on May 29, 2021. According to available information about the scheme, children who have lost both parents, or surviving parents/legal parents or adoptive parent, during COVID19 will be eligible for the central government scheme " the Bench observed.

On 1 June, 2021 when a division Bench of Justices Nageswara Rao and Aniruddha Bose began hearing the case , the  Amicus informed the court, that the government has devised a scheme using the PM Cares fund.  Amicus Gaurav Agarwal stated that  the scheme has been floated, but only press notes are available.

"According to a press release, the scheme ensures that such children continue their education. It ensures that all educational requirements, such as books, uniforms, and so on, are met. Furthermore, financial assistance for higher education has been provided. And the ten lakhs invested will be made available to the child when he or she reaches the age of 23." Amicus submitted.

"We don't know how many children are beneficiaries of this scheme, and how exactly the Government of India intends to implement this scheme is not clear today, subject to what the ASG may say," Amicus continued.

ASG Bhati, who is representing the government, agreed with the Amicus and stated that the modalities of the PM Cares scheme are unclear and must be worked out.

According to the Bench,

"That's what we're proposing; we'll take it up on Monday. You can file an affidavit or a note regarding the implementation of the package announced under the PM CARES fund ".

The Bench was hearing a suo moto case about COVID contagion in Children's Protection Homes. On 28 May 2021, all the district authorities were directed by the supreme court  to upload the information of children who became orphans after March 2020 on the NCPCR 'Bal Swaraj' portal and to take necessary  steps in order to meet the basic needs of children who become orphans.

On the identification of orphaned Children, whether as a result of the pandemic or otherwise, the centre and the states were requested by the Bench to obtain the most recent information about such children, and the steps should be taken to meet their basic needs. During the hearing on an application filed by Amicus Curiae Mr Gaurav Agrawal the orders were issued.

The application was filed in order to seek the orders in respect of children who have suffered as a result of the COVID pandemic by losing one or both parents, as well as increased incidents of child trafficking, particularly of girls.