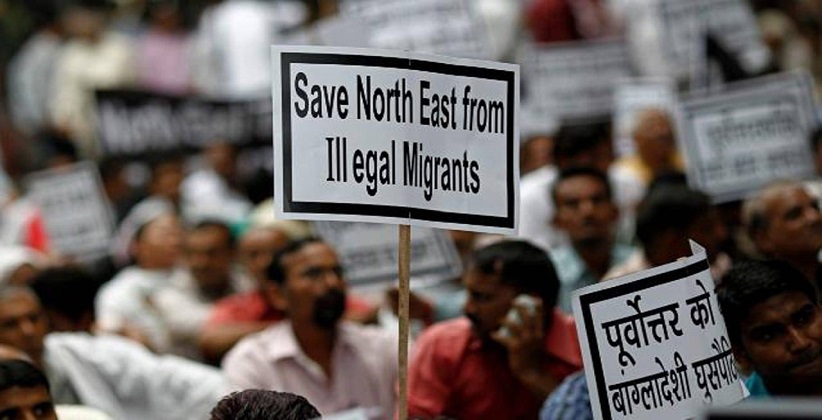 The Supreme Court on Friday, 14th February 2020, directed the Centre Government and the Assam government to file a fresh report with regard to the status of release of Bangladeshi migrants in around 6 detention centres after they have been denoted as foreigners by the Foreigners' Tribunals as per its earlier order.

A bench headed by Chief Justice S A Bobde which was also apprised by advocate Prashant Bhushan that over 300 people were in detention for over three years, while more than 700 had been detained for over one year.

The apex court posted the matter for hearing in the third week of March after Solicitor General Tushar Mehta demanded time.

It was ordered by the Apex Court in May 2019 to release all the illegal foreigners in Assam who have completed more than three years in detention after they provide their biometric details to be kept in a secured database.

It had also directed them to furnish a bond of Rs 1 lakh with two Indian sureties and give details of address of stay after release.

The top court had also agreed that the Assam government should be given some more time to indicate the progress made on the diplomatic level, among others, with regard to deportation of declared foreigners and setting up of additional foreigners' tribunals.

It had also directed the state government to place on record a detailed scheme, in consultation with the Guwahati High Court (on the administrative side), with regard to the constitution of foreigners' tribunals, including the appointment of members, staff, etc.

The said details shall be placed on record as soon as possible and if required, the state will be at liberty to make a mention of the matter before the vacation bench, the apex court had said.

It had earlier asked the Assam government to work on the modalities of setting up around 1,000 foreigners' tribunals for speedy disposal of cases related to illegal immigrants.

The original petition was filed by activist Harsh Mander which was to seek enforcement of Fundamental Rights under the Articles 14 and 21 of the Constitution of India, for those people who are being detained in such detention centres across the state, and for them being treated as foreigners, pending their repatriation. In May 2019, Harsh filed a petition seeking recusal of the then CJI Gogoi from hearing on the Assam Detention Centres Case. Though the CJI refused to recuse from hearing and hence the Bench removed the name o the petitioner from the records and appointed the Legal Servicses Authority as the petitioner in the case. Mander’s previous counsel is Prashant Bhushan who has been appointed as the amicus curie in the case.

The issue will be responded to by the centre and the matter will come up for consideration again tentatively around the second or third week of March.