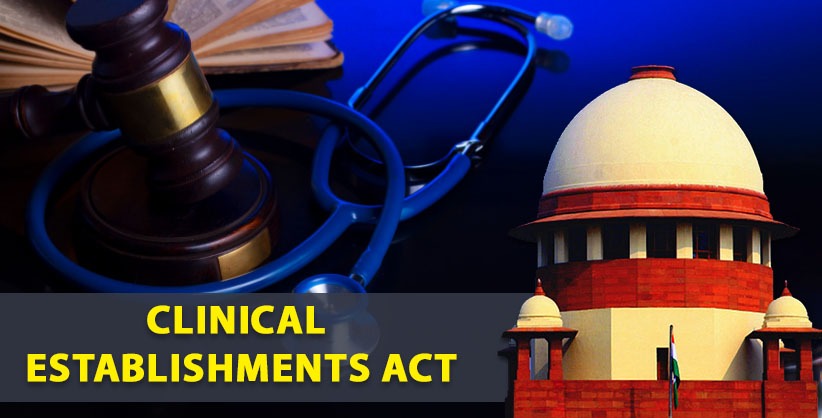 NEW DELHI: The Supreme Court has on Friday directed the Centre and the States to file their responses on a plea seeking directions for adoption of a uniform standard of healthcare for citizens in line with the Constitution and in terms of provisions of the Clinical Establishments Act, 2010.

A bench of Justices B R Gavai and Vikram Nath granted four weeks to the Union of India and the state governments to file their replies.

The petitioner was represented by senior advocate Sanjay Parikh.

The PIL also contended the Centre has filed to regulate private hospitals allegedly exploiting patients due to absence of standard treatment protocols.

The top court had in July, 2021 issued notice in the matter.

The petitioner also sought direction regarding the conditions for registration which include the observance of minimum standards, display and observance of determined rates for procedures and services, compliance with the standard treatment protocol, as provided in Section 11 and 12 of the Clinical Establishments Act 2010 read with Rule 9 of the Clinical Establishment Rules, 2012.

The plea said that this should be notified and implemented to ensure affordable and quality healthcare as guaranteed under Article 21 and Article 47 of the Constitution.