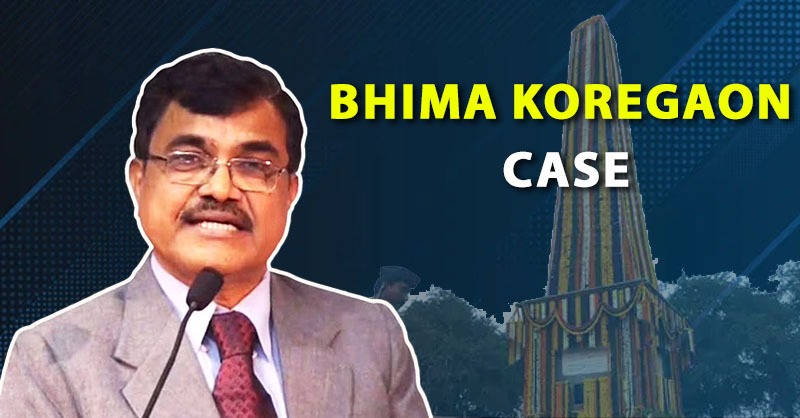 NEW DELHI: The Supreme Court on Friday declined to interfere with the Bombay High Court's November 18 order allowing bail to Dalit scholar and activist, Prof Anand Teltumbde, an accused in the Bhima Koregaon case for having links with proscribed organisation, CPI (Maoists).

The bench, however, said the High Court's observations in the bail order would not be taken as conclusive findings during the trial in the case.

In the order granting bail to Teltumbde, the Bombay High Court had said on reading the chargesheet and the material before it, prima facie, it cannot be inferred that he has involved himself in a ‘terrorist act’.

In its plea, the NIA claimed the High Court conducted a "mini trial and roving inquiry" and examined every statements including under Section 164 of the CrPC, contrary to settled law and judicial pronouncements.

Teltumbde (72), the brother-in-law of Vanchit Bahujan Aghadi President Prakash Ambedkar, had to surrender before the National Investigation Agency in April, 2020 on an order by the Supreme Court order.

The NIA had accused Teltumbde of being the convenor of the Elgar Parishad of December 31, 2017, where provocative speeches were made which allegedly resulted in a caste violence at Bhima-Koregaon, Pune, on January 1, 2018, in which one person was killed.

The investigation by the Pune Police, followed by the NIA, unearthed an alleged conspiracy to assassinate Prime Minister Narendra Modi and overthrow the central government.

Senior advocate Kapil Sibal, appearing for Teltumbde,  contended there was no ground to interfere with the HC's order. He said Teltumbde was not even at the Elgar Parishad event. The NIA failed to connect him with any terrorist activity.

Sibal said the investigators referred to his younger brother Milind, with whom he had got no relation for last 30 years when he went underground.

During the hearing, the bench asked Bhati, representing the NIA, as what the materials were collected against the petitioner.

She said under UAPA, it is not necessary terrorist act is to be carried out and there were preparatory act, like collection of funds, recruitment etc for proscribed organisation.

She said the court should look at the larger canvas of how CPI(M) works and they can show that he is connected to the organisation - in propagation of ideology, fund transfer etc.