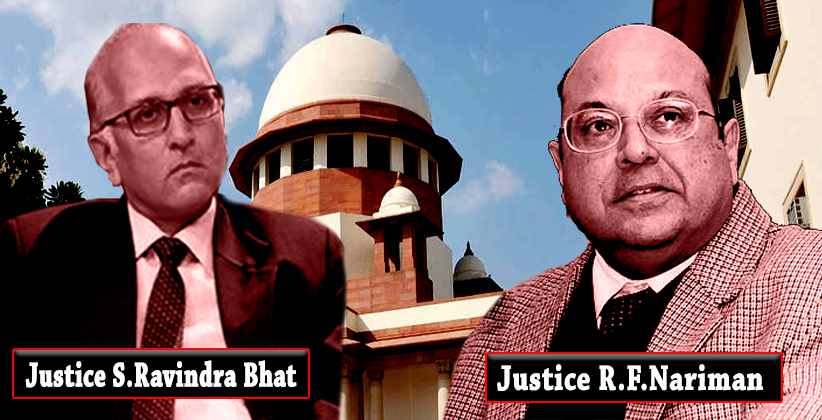 A Public Interest Litigation (PIL) filed before the Supreme Court of India was dismissed on Thursday (February 20, 2020) which prayed that the minority status of religion be ascertained based on their population in the concerned State. Petitioner pointed out that Hindus are not considered minorities even in the states where they are not in majority. The bench consisted of Justices RF Nariman and S Ravindra Bhat, who asked the petitioner, Senior Advocate and BJP Spokesperson Ashwini Upadhayay to approach each High Court of the respective States to redefine the Status of the minorities of the State. The petition was filed under Article 32 of the Constitution of India, 1949which deals with Remedies for enforcement of rights conferred in this Part of III;

(2) The Supreme Court shall have the power to issue directions or orders or writs, including writs like habeas corpus, mandamus, prohibition, quo warranto and certiorari, whichever may be appropriate, for the enforcement of any of the rights conferred by this Part

(4) The right guaranteed by this article shall not be suspended except as otherwise provided for by this Constitution.

The PIL sought direction or guidelines from the Bench of the Apex Court to identify the minorities in the spirit mentioned in the Article 29-30. The argument which was made by the petitioner was following the judgment made by the eleven judge bench in TMA Pai v. Union of India (2002) wanted to ensure that only those religious and linguistic groups which are economically, socially and politically non-dominant and inferior in number, enjoy the rights and get the protection under the Article 29-30. The status of Hindus in the areas like Lakshadweep, Mizoram, Nagaland, Meghalaya, Jammu and Kashmir, Arunachal Pradesh, Punjab, and Manipur is 2.5 per cent, 2.75 per cent, 8.75 per cent, 11.53 per cent, 28.44 per cent, 29 per cent, 31.39 per cent and 38.40, respectively.

Senior Advocate Vikas Singh gave an argument in the Supreme Court that the Centre should be allowed to redefine the term minorities in a state-wise manner. The Petitioner while addressing the media said that he will soon be submitting a petition in the Delhi High Court.