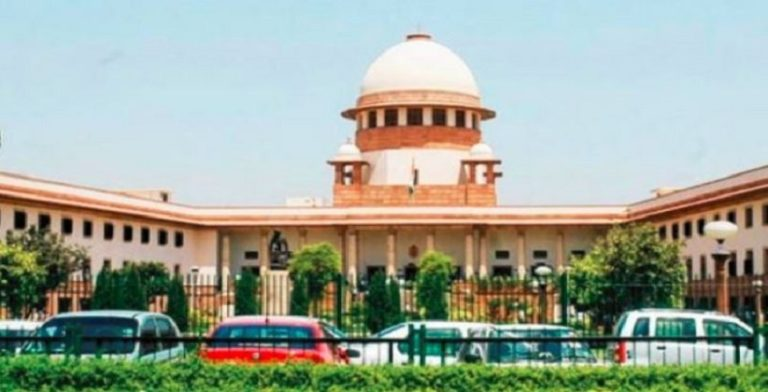 Supreme Court of India today (July 9th, 2018) taking a significant step towards transparency and accountability has favored the live streaming of court proceedings in all matters except when the hearing is held in camera, in rape cases and matrimonial disputes.

It was observed by the court that letting all the cases live streamed except when the hearing is held in camera, in rape cases and matrimonial disputes will help litigant to know about his case and how his lawyer performed in his case before the Court.

Senior Advocate Indira Jaising spoke confidently that live streaming of such cases will increase access to courts, and will “negate the chances of any misreporting, errors or second-hand information.” She further added that the “right to seek, receive information including live streaming of Supreme Court proceedings” is a Fundamental Right guaranteed under Article 19(1)(a) of the Constitution. She explains, “Our constitutional fabric is such that we accept the cardinal principle that justice must not only be done but seen to be done and thus it becomes essential that persons that may be affected by the Supreme Court’s decisions be able to access the same vide live streaming and video recording. Citizens including the Petitioner herein has a fundamental right under Article 19(1) (a) to receive information by way of live streaming of proceedings in the Supreme Court of India.”

However, after the acknowledgment of the petition by the court, it may place a restriction on streaming of those cases which involves countervailing interests of privacy, such as family law and criminal law cases.

In a remarkable step, the top court had allowed the installation of CCTV recording with audio in trial courts and tribunals in every state last year.