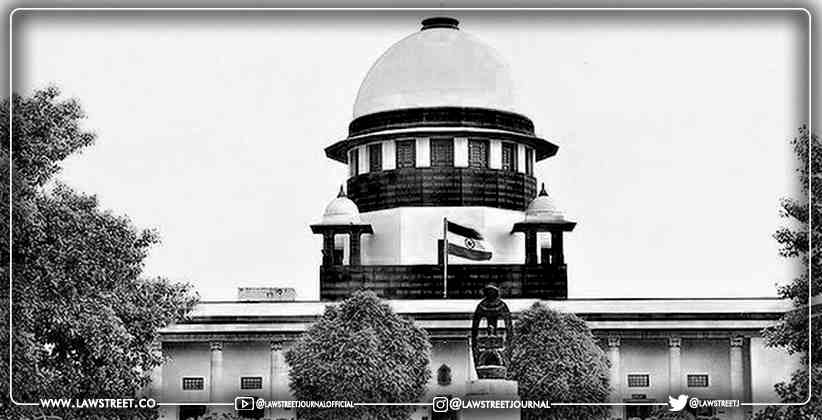 On August 17, 2021, the Supreme Court heard the Public Interest Litigation (PIL) filed by the lawyer, Vishal Tiwari, seeking directions to the Centre and all the State Governments to grant 'X' category security to all judicial officers, along with the Suo Motu Cognisance (SMC) writ petition related to the death of Additional Sessions Judge (ASJ) Dhanbad, Uttam Anand.

A three Judge Bench of the Supreme Court, headed by the Chief Justice of India, Nuthalapati Venkata Ramana and comprising Justices Surya Kant and Aniruddha Bose alongside CJI, heard the petition of Tiwari and the SMC of death of ASJ Uttam Anand.

The plea of Tiwari sought directions from the Supreme Court to the Centre and all the State Governments to immediately initiate and enforce necessary guidelines for the protection of all judicial officers and advocates.

The petition filed by advocate Tiwari before the Supreme Court, in the aftermath of the recent killing of Jharkhand Additional Sessions Judge, Uttam Anand, stated various incidents across the country pointed towards the threats faced by lawyers and judges thereby, preventing them from discharging their duties independently.

Although the mysterious murder of Justice Uttam Anand was promptly taken into consideration by the Jharkhand High Court and the Apex Court, however, stated that such incidents of attack on the judicial officers and advocates are on a rise, stated the plea.

The plea filed by Tiwari before the Supreme Court claimed that, “The advocates and judicial officers associated with high profile, high stake and publicised and politicised matters has had to face the wrath in past leading to a mockery of the system of justice of India.”

The petition filed before the Supreme Court, also cited the incident of Mumbai which took place the previous month, where advocate Satyadev Joshi had gone for a survey of the property along with his associate Ankit Tandon when they were allegedly attacked by a group of 15 to 20 men with sharp weapons - swords, knives.

“A notion of independent judiciary evolves the thought of non-suppression, non-interference, no external criminal threats and independence; hence such is absolutely necessary for a free society and a constitutional democracy. It ensures the rule of law and realization of human rights and also the prosperity and stability of a society,” states the petition.

Tiwari in his petition clearly mentions that the need for judicial immunity has been extremely instrumental in today's society in this democratic country. The incident of mysterious death or murder of Justice Uttam Anand of Dhanbad area has paved the way to the issue that is the judiciary of our country threat less and non-interfered.

There are various incidents which conclusively prove the fact that the judicial officers of the country, as well as the advocates, aren't independent in respect to their professional functioning. The question of interference and threat to the institution of justice is always prevailing, the petition filed by Tiwari read.

"The lawyers play an important role in the maintenance of peace and order in the society, which undoubtedly are necessary for the existence of mankind," Tiwari said in his plea before the Top Court.

"Lockdown was imposed unexpectedly; immigrant workers had no money and food yet thrown in prison": Gujarat High Court