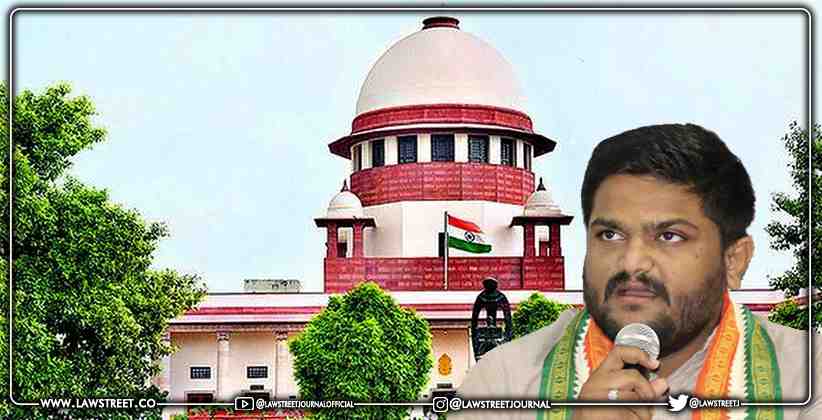 SG Tushar Mehta: That condition may be waived. Provided he gives an undertaking.

Counsel: it can be closed today itself then

Bench: We will allow straightaway then. Mr Mehta we can record your statement then?

Sibal refers to trial court order on basis of which he’s convicted. evidence of each witness, all of them have said I wasn’t there’s. This is on Vicarious liability.

Bench: one question, this is for suspension of conviction, it was filed in 2019 for contesting election which is over now. Let main matter be heard. We’ll request the HC.

Sibal: main matter will never be heard. Allow me to satisfy you, your Lordships have stayed conviction in many cases. It’s hardik Chnadibhai patel of Vis Nagar. Give me time on Monday. This is a different Hardik Patel. I’m Hardik Bharatbhai Patel

Bench: Its not that hardik patel about whom we read in newspapers?

Bench: we’ll have it again on Monday.

SG: I’ll also examine. Apprehension really is, there were several activities done by petitioner, he might indulge unless some kind of sword keeps hanging, that’s the only apprehension

Bench: We’ll issue notice. File your counter, Mr Mehta we’ll have in January. Let us have assistance of your counter.