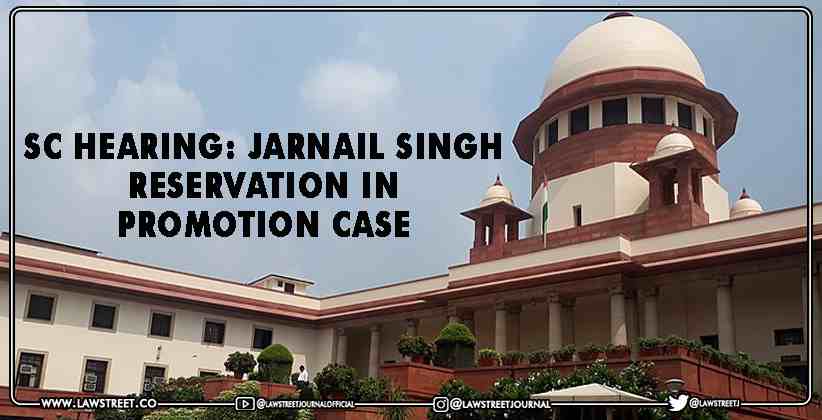 Supreme Court is hearing the Jarnail Singh case wherein a constitution bench held that the issue relating to reservation in promotion has already been decided in Nagraj’s case & needs no reconsideration.

Adv: If the person is not efficient, the government will immediately throw him out.

Bench: How many people should be there in the committee? What are you arguing? That's all irrelevant. Don't waste the court's time.

AGI: So far as SC/ST are concerned, due to the jobs they've been performing for hundreds of years like manual scavenging, opportunities have been made available for them. Seats have been given to them, jobs have been provided.

AGI: Adequacy of representation arose in 1950 itself. What has been done in the last seven decades by the union of India? Your lordships have to see if those things have worked.

AGI: These opportunities for these unfortunate people are an equaliser. But equalisers don't work overnight.

AGI: In Nagraj, they should have said look at what is the data that should be looked at like number of vacancies.

If you don't lay down a decisive ground that the states and union will follow, there'll be a multitude of litigations.

AGI: We need a principle on which reservations are to be made. It is left on the state. How will I know when adequacy is satisfied?

The total percentage of backward classes in the country is 52%. If you take proportion, then 72% reservations would have to be given but we set the cut off to 50%.

AGI: In Tripura, the reservation for SC is 17% and for ST it's 31% which represents the population proportionally. This was a sure and certain method. This fully satisfies the requirements of A16(4).

AGI: Sabharwal specifically said that proportion of population of backward class should be used and a roster made.Quantifiable data should be collected to find out inadequacy or adequacy of reservation.The census data is collected with great difficulty and should be used (Nagraj)

AGI: It would be doing injustice to Nagraj bench if your lordships hold that all of us states and union of India and lawyers and judges are left wondering if there's any other secret or elusive principle that would decide inadequacy.

AGI: Nagraj is only satisfied when proportion is taken into account.

AGI: reading Jarnail Singh "Nagraj has wisely left the test to decide adequacy of reservation to the state because as the posts get higher, the requirements might be different."
If you leave it to the states, we're back to square one.

AGI: Nagraj gave no yardstick, no principle on which quantifiable data is to be used.

AGI: Here is a class that has been sidelined for centuries. In which case, in the interest of the country and in interest of the constitution, we have to bring an equaliser and that in my view is proportional representation.

AGI: Result of rejecting what has been done by the state and the union would be utter chaos. UOI has been giving 17% not 15% which means they have quantifiable data or else how could they fill all the columns.

AGI: My request is that your lordships please don't bring down everything that has been done by saying proportionality is not the principle.

Adv Balbir Singh: We have filed an affidavit to show that we are Nagraj and Sabharwal compliant. We are not looking to upset Nagraj or Sabharwal principles.

Adv Balbir: There are 90 ministries/depts in India where 30L employees work. We have more than 500 cadres. We had issued an administrative instruction in 1997 to be roster or Sabharwal compliant.

Adv Balbir: If someone hasn't claimed any benefit at the entry level, then they will be concerned general category.
Bench: That's what Mandal says but we are asking if they will be counted as reserved category or not.
Adv Balbir: According to the data we have, they will be.

Bench: What's the point you're making that you've collected some data?

Adv Balbir: Yes, my lord and this data is Nagraj compliant. 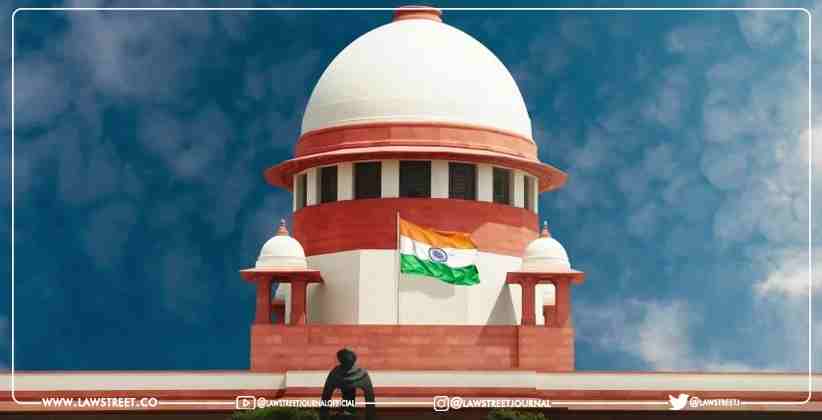 Judiciary Oct 07, 2021 Lawstreet News Network ( ) 18 Shares
18 Shares
Today, the SC will continue hearing petitions concerning the implementation of the Court's decision in M Nagraj v Union of India (2006).In M Nagraj, the Court held that SC/STs can be granted reservations in promotion.Previously, the Court has heard arguments on the 2 criteria to introduce such reservations:What does inadequate representation in a class of posts mean and how can it be proved?What does maintaining efficiency in administration mean and how can it be guaranteed?Sr Adv Gopal...
Read full post 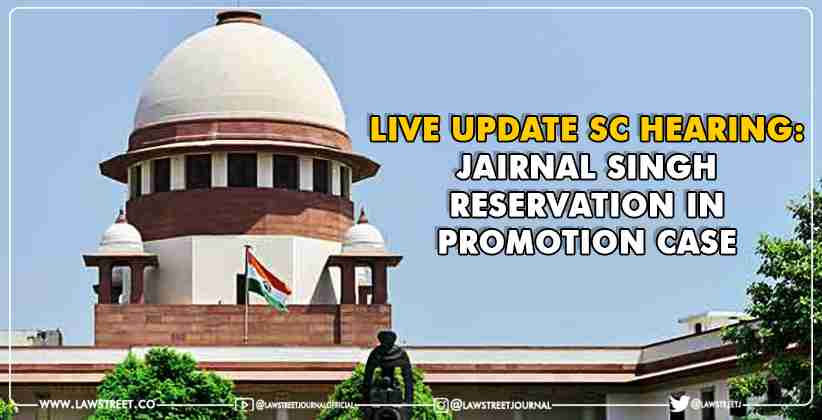 Judiciary Oct 06, 2021 Lawstreet News Network ( ) 9 Shares
9 Shares
Supreme Court to continue hearing the Jarnail Singh case wherein a constitution bench held that the issue relating to reservation in promotion has already been decided in Nagraj’s case & needs no reconsideration.AG brings to the Court’s attention the constitution bench judgment in Sabarwal, a five-judge bench.Discusses another five judge bench decision in Nagaraj: "We uphold the classifications.. do not obliterate equality." Sabarwal is fully upheld.AG: This could be one method of...
Read full post