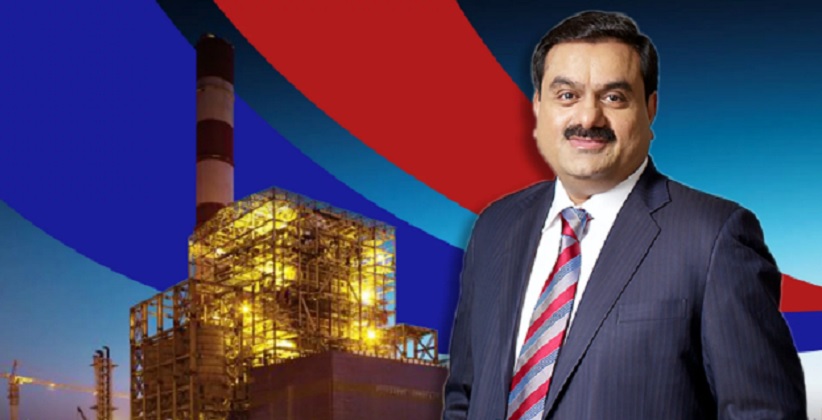 On 31 August 2020, the Supreme Court passed an order in favor of APRL (Adani Power Rajasthan Ltd) and upheld the order passed by the Rajasthan Electricity Regulatory Commission (RERC) and the Appellate Tribunal for Electricity (APTEL), and stated explicitly that APRL was entitled to the compensatory tariff from the Rajasthan Discom in accordance to the Power Purchase Agreements (PPAs) framed by the APRL. The Judgement comes in a seven-year-long dispute between the Rajasthan Discom and APRL, wherein in Adani Group stood a chance of claiming Rs 5000 crores from the appellants.

The Bench comprised of Justice Arun Mishra, Vineet Saran, and M.R Shah and stated- “considering the facts of the case and keeping in view the orders of RERC and APTEL which are contemporaneous to each other and in favor of respondent with regard to “change in law” clause, with which we also support.”

To have a better overview of the dispute, we shall delve into the background of both the parties when the agreement was signed between the Rajasthan government and Adani Enterprises Limited (AEL) in period 2006 to 2009 where they got the contract to develop a coal mine and a thermal power plant which would increase the supply of electricity to its consumers in Rajasthan.

In October 2006, the Rajasthan Rajya Vidyut Utpadam Nigam Ltd (RRVUNL), state government power generation company communicated to Adani Enterprises Ltd that they were chosen to be the Joint Venture (JV) partner of RRVUNL. The company stated that its business activities of JV would be limited to supplying coal from allotted domestic blocks and mining for the requirement of existing and new thermal power stations in the state. A Letter of Intent (LoI) was also issued by RRVUNL in name of AEL to develop the Parsa East and Kente Basan (PEKB) coal block located in Chhattisgarh. The Letter mentioned that the coal utilized would be under the discretion of the Rajasthan government for new thermal plants.

In March 2008, a Memorandum of Understanding (MoU) was signed between the Rajasthan government and AEL which stated that a new coal-based thermal plant shall be set-up in Kawai in the Baran district of Rajasthan. The MoU clearly specified that the state government would support the project by allotting a coal linkage. Between May and June 2008, AEL wrote to the Rajasthan government 6 times requesting coal allotment from the PEKB coal mine but there was no allotment forwarded till August 2008. So AEL requested the state government to apply to the Union Ministry of Coal for allotment of coal block to the Kawai project, as the New Coal Distribution Policy of 2008 ensured 100 percent domestic coal to the power plants.

In 2013, the Centre had notified the New Coal Distribution Policy for bringing revision in the arrangement of the identified thermal stations which would be supplied coal from the Union, and AEL was not included in the list. In 2013, APRL made a claim before the State Electricity Regulatory Commission (RERC) asking for compensation from the Rajasthan Discom on the grounds that it had to generate power by importing coal from Indonesia, which was comparatively costlier than domestic coal as the domestic coal block or coal linkage was not allocated to APRL. RERC allowed the claim of APRL in 2018.

The respondents were not satisfied with the order and thus appealed to the Appellate Tribunal for Electricity (APTEL). The Judgement as provided by APTEL on 14.9.2019 was in favor of APRL and stated that the bid was based on domestic coal and it was also covered in the “change in law” event as per the terms of PPA. These orders were again challenged before the Apex Court by the appellant (Rajasthan Discom).

Arguments of the Appellant (Rajasthan Discom)

Senior Advocate A. Sunderam appearing on behalf of Rajasthan Discom argues that use of imported coal was inclusive of the tariff quoted by APRL in its bid and she further stated that change in the Coal distribution policy of the Centre government in 2013 was not part of “change in law” as stipulated in PPA. She further contended that any compensation paid to APRL would be further recovered from the consumers which would affect the public interest at large.

Even Advocate Prashant Bhushan appeared for this matter favoring the appellants as the counsel for All India Power Generators Federation.

The advocates Dr. A M Singhvi and Arvind P Datar were representing the respondents and they stressed the fact that the bid was made for availing the domestic coal and non-availability of domestic coal was definitely a change in law event. The also referred to a landmark judgment of Energy Watchdog v. Central Electricity Regulatory Commission and Ors. (2017) 14 SCC 80 where it was held that any amendment made in the domestic coal regime would qualify as “change in law”.

The Honourable Supreme Court gave its decision in favor of APRL stating that the bid was in regard to domestic coal only. The Bench further stated in the judgment, “When we peruse the documents on record, it is apparent that APRL’s bid was based on domestic coal and the PPA also records the same terms.”

The bench further added that various documents and the PPA make it explicit that the bid was premised on domestic coal and the tariff approved was also in respect to the domestic coal and the order given by RERC is final, conclusive, and binding on both the parties and it cannot be questioned further as it has attained its finality. The Court also added that it has limited jurisdiction to disturb the contemporaneous judgments of RERC and APTEL. The caselaw of Energy Watchdog as referred by the respondents also stands valid with respect to the present case that changes in coal policy will come under the “change in law” clause.

Reduction in interest payable by Discom

The Supreme Court granted limited relief to the distribution companies by reducing their interest to be paid to APRL on the compensatory tariff with effect from 2013.

The Bench observed, “We are of the opinion that in order to do complete justice and to reduce the liability of the appellants (Rajasthan Discoms), payment of 2 percent in excess of the applicable SBAR per annum with monthly rest would be on the higher side. In our opinion, it would be appropriate to direct the appellants to pay interest/ late payment surcharge as per applicable SBAR for the relevant years, which should not exceed 9 percent per annum. It also provided that instead of monthly rest, the interest would be compounded per annum.”

Thus, the Rajasthan Discom is liable to pay approximately Rs 5000 crores to APRL as a compensatory tariff with effect from 2013.

Vijay Mallya to be Appear Before the SC on 5th October, SC directs MHA to ensure his Presence