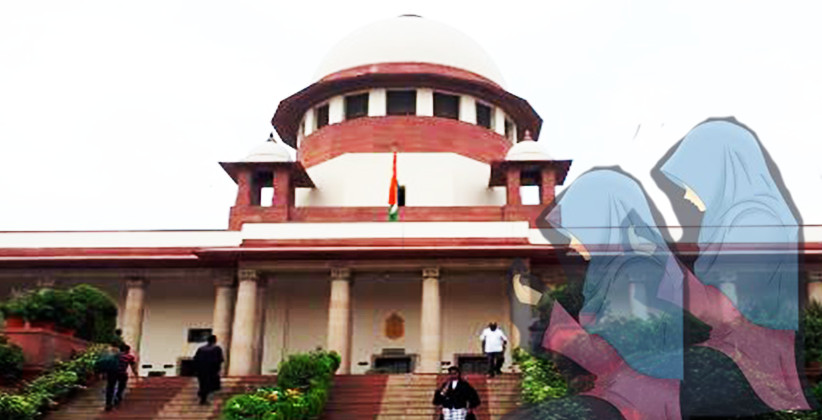 The Supreme Court today (April 16, 2019) issued notice to the Central government and the All India Muslim Personal Law Board on a public interest litigation (PIL) seeking entry of Muslim women into mosques to offer prayers.

A Bench comprising of JusticesS.A. Bobde and S. Abdul Nazeer while issuing notice stated that the only reason that the court will hear the matter is because of the apex court's judgment in the case involving Kerala's Sabarimala temple.

"The only reason we may hear you is because of our judgment in the Sabarimala temple case," the Bench said.

The petition filed by a Muslim couple sought a declaration from the apex court that the prohibition on entry of Muslim women into mosques in India is illegal and unconstitutional for being violative of Articles 14, 15, 21, 25 and 29 of the Constitution of India.

Pointing out that there was no mention of any gender segregation in either Quran or Hadith, the learned counsel Ashutosh Dubey, for the couple, argued before the court that "....such practices are not only repugnant to the basic dignity of a woman as an individual, but also violative of their fundamental rights... "

The petitioners submitted that there are no records stating that the Holy Quran and Prophet Muhammad had opposed women entering mosques and offering prayers, and in fact, men and women have equal constitutional rights to worship, according to their beliefs.

Further, the petition also mentioned that in mosques where women are allowed, there are separate entrances and enclosures for worship for the two genders.

The petition said there should not be any gender discrimination at all, and that all Muslim women should be allowed to pray in all mosques, cutting across denominations.

To support their argument, the petitioners relied on the recent Supreme Court judgment allowing the entry of women in Kerala's Sabarimala Temple.

“The hon'ble court in the case of Sabarimala held that 'religion cannot be used as cover to deny rights of worship to women as it is against human dignity'. Prohibition on women is due to non-religious reasons and it is a grim shadow of discrimination going on for centuries," the petitioners stated.