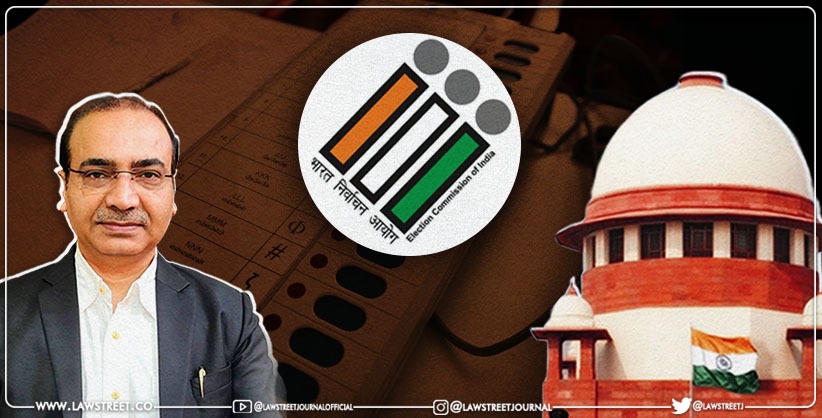 NEW DELHI: The Supreme Court on Wednesday issued notice to the Centre and the Election Commission on a PIL to debar all those persons, against whom charges have been framed, from contesting election, in terms of the recommendations of the Law Commission's 244 th report.

A bench of Justices K M Joseph and Hrishikesh Roy sought a response from the Union government's Law and Justice and Home Ministries, and the Election Commission on plea by BJP leader and advocate Ashwini Kumar Upadhyay.

In his plea, the petitioner sought a direction to the Election Commission to use its plenary power conferred under Article 324, to amend the Election Symbols (Reservation and Allotment) Order 1968, to insert such a condition (restriction) for the contestants.

The petitioner said the cause of action for filing this petition accrued on May 25, 2019, when out of 539 winners of 17th Lok Sabha, 233 (43%) declared criminal cases against themselves.

"There is an increase of 44% in the number of MPs with declared criminal cases since 2009.  Similarly, 159 (29%) winners in Lok Sabha 2019 Elections have declared serious criminal cases including cases related to rape, murder, attempt to murder, kidnapping, crimes against women etc," he pointed out.

The petitioner said consequences of permitting criminals to contest elections and become legislators were extremely serious for our democracy and secularism as during the electoral process itself, not only did they deploy enormous amounts of illegal money to interfere with the outcome, they also intimidated voters and rival candidates.

Upadhyay said by raising the threshold to the stage, where charges have already been framed before the restriction will operate, the chances are considerably reduced of false cases being maliciously foisted on the candidates as police have filed its charge sheet to prosecute the accused and the court has applied its mind to the police report.

The effect of proposed direction would only be to impose an additional condition on political party for obtaining and retaining the status of the “recognised national party or state party”, he added.

The petitioner said candidates for judgeship of the superior courts or for Indian Administrative Service certainly would not be considered at all if there were criminal cases pending against them, let alone if charges had been framed in respect of serious offences.

In fact, legislators are not only public servant but also law makers hence must comport higher ethics and morality, his plea stated.

The Law Commission, in its 244th report favoured for debarring candidates with criminal antecedents with an additional condition that charges should have been framed at least one year before the scrutiny of nominations.

Why PFI got banned || Know it all || LawStreet Explains