SC Issues Notice to Centre on Plea Against Provisions of Surrogacy, ART Acts 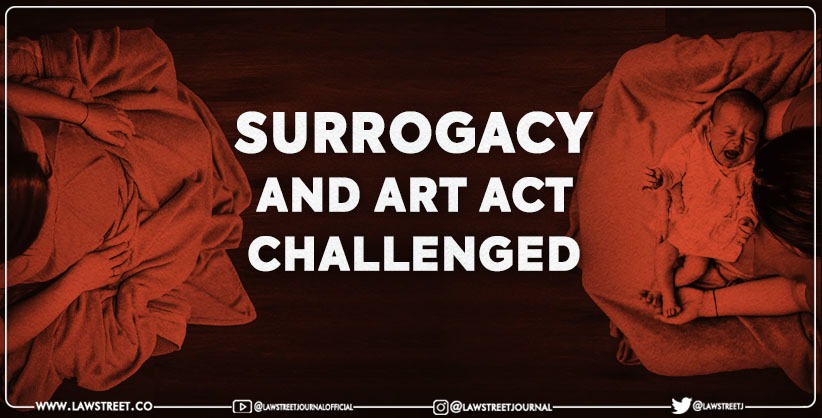 NEW DELHI: The Supreme Court on Monday issued notice to the Union government on a PIL challenging the vires of Surrogacy Act, 2021 and the Assisted Reproductive Technology Act, 2021 for direct infringement of reproductive rights of women.

A bench of Justices Ajay Rastogi and Justice C T Ravikumar sought response from the Ministries of Health and Family Welfare, and of Women and Child Development and the Indian Council for Medical Research.

The petition was filed by a Chennai resident, Arun Muthuvel and argued by advocate Mohini Priya.

The petitioner is an IVF specialist practising at Chennai and currently the Managing Director of Iswarya Fertility Services Private Limited which runs fertility centres across the country.

The plea contended an unreasonable blanket ban on commercial surrogacy while allowing only altruistic surrogacy which may lead to further exploitation of women within the family which is akin to forced labour and unregulated markets for surrogacy.

It also claimed there was discriminatory and restrictive classification of persons under the scheme of the Acts making it violative of Article 14 of the Constitution.

The plea also contended that there has been direct infringement of reproductive rights of women which is integral to right to privacy guaranteed under Article 21 of the Constitution.

There have been ambiguities within the Acts as regards age thresholds, unreasonable mandates raising the cost of surrogacy and lack of transitory provisions.

"The Acts fall short in fully addressing the essential goal of regulating surrogacy and other assisted reproductive techniques. In turn, the two statutes impose restrictive regime which gravely impinges upon the most basic reproductive right of individuals. The two statutes, in fact, fail to imagine the various social and economic complexities of infertility and assisted reproduction leave alone address the satisfactorily," it contended.

Among others, the petitioner sought a direction or order recognising rights of women other than married women above 35 years of age to avail surrogacy as a means of assisted reproductive technique to experience motherhood.

Further, he sought a direction or order to strike down the definition of ―couple under S. 2(1)(h) of the Surrogacy Act, 2021 and of ―commissioning couple in S. 2(1)(e) of the ART Act, 2021 and  alternative read down the said definitions to include couples other the married man and woman.