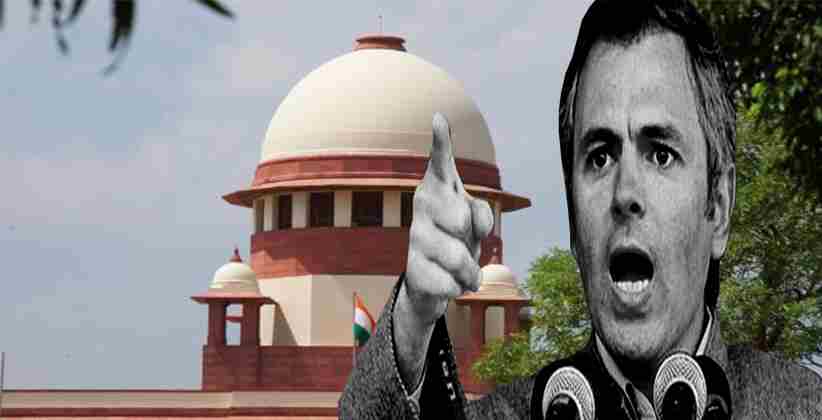 On February 14 , 2020  a notice has been issued to the J&K administration by the Supreme Court over the detention of former Chief Minister Omar Abdullah under the Jammu and Kashmir Public Safety Act, 1978.

Supreme Court was hearing a petition filed by Omar's sister Sara Pilot on Friday.  The SC bench was headed by Justice Arun Mishra. They gave the government and J&K administration two weeks of time to submit their response.

The matter has been listed for further hearing on March 2, 2020.

Pilot also said that her brother can not be a threat to the upkeep of the public order. The plea sought quashing of the detention order of former CM Omar Abdullah and also his production before the court. Pilot also questioned the rights to exercise the power of authorities to detain individuals under the Code of Criminal Procedure, 1973.

"Over the last few months, many similar orders of detention were issued by the authorities of Jammu and Kashmir, which clearly suggests that there has been an identical and concerted effort to muzzle all political rivals," said Pilot.