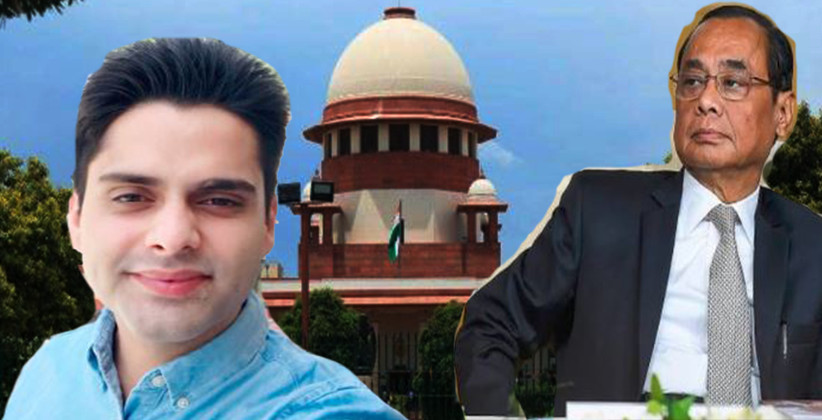 A Bench comprising of JusticesArun Mishra, Rohinton Nariman and Deepak Gupta issued notice to Bains, who claimed that he was offered up to Rs 1.5 crore by a man identified as “Ajay” to frame a “false case of sexual harassment” against CJI Gogoi.

In an affidavit filed by Bains, he has claimed, “That on 19th April, 2019, a very reliable person, strictly on the condition of anonymity and in good faith, informed the Deponent about a corporate figure who tried to approach a Hon’ble Supreme Court judge to get a favourable order in a high-profile case listed before this Hon’ble Court but was unsuccessful and then the said corporate figure attempted to get the case transferred from the court of that Hon’ble Supreme Court judge but did not succeed and thus ganged up with an alleged fixer by the name of Romesh Sharma and his aides to frame the Hon’ble Chief Justice of India in a false case of sexual harassment to pressurize him to resign.”

Further, Bains also claimed that he is privy to certain events involving the said corporate figure and would submit in a sealed cover the events and the list of the persons involved to the apex court if it so directs.

Accordingly, the apex court has asked Bains to explain his affidavit and clarify the said claims.

On April 20, 2019, after reports of the allegations of sexual harassment against CJI Gogoi were published in the media, an urgent hearing was convened by a Bench comprising of CJI Ranjan Gogoi and JusticesArun Mishra and Sanjiv Khanna.

During the hearing, CJI Gogoi denied the allegations levelled by the former Supreme Court staffer and further stated that “judiciary cannot be made a scapegoat”. Justice Mishra, along with Justice Khanna also termed the allegations both “wild and baseless”.

However, due to strong objections from various quarters on the ground that CJI Gogoi was part of the Bench in a case which personally interested him, led to the constitution of a new three judges Bench that is hearing the matter now.

[Read the Affidavit Below]