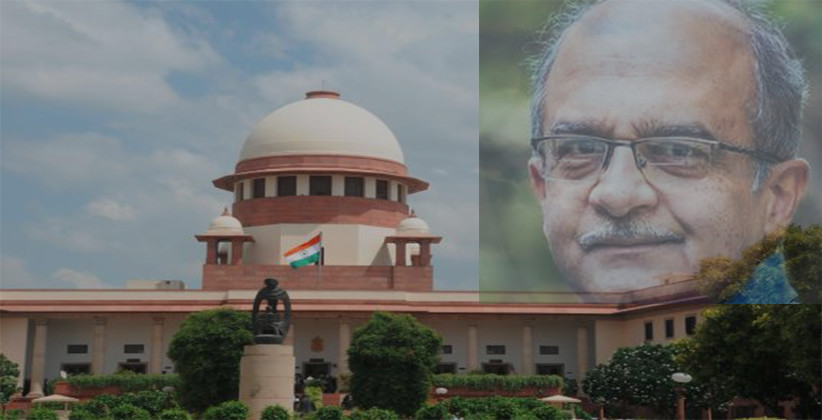 The Supreme Court today i.e., February 6, 2019, issued notice to Advocate Prashant Bhushan on contempt petitions filed by Attorney General K.K. Venugopal and the Central Government for his tweets stating that the government, through Attorney General, had misled the court by submitting that the appointment of M. Nageshwar Rao as interim CBI Director had the approval of High Powered Selection Committee.

Advocate Bhushan, who was present in the court at the time, accepted notice and assured the court that he will file a reply.

A Bench comprising Justices Arun Mishra and Navin Sinha while hearing the matter agreed to consider the larger issue of advocates making comments on a sub-judice matter.

While Solicitor General Tushar Mehta, appearing for the Centre, sought for punishment against Bhushan. AG Venugopal took a different stand and said that he is not pressing for imposition of any punishment, but the court should decide on the extent to which a lawyer can make public statements in a sub-judice matter.

To which, the Bench said that “We are not averse to media reporting on court proceedings but the lawyers involved in a case should resist from making public statement in sub-judice matter.”

"We are on the larger issue. The time has come to settle the issue. It has been noticed that sometimes the lawyers can't control the temptation to go to media. Bar has been protecting the Institution but now it is different,” said Justice Mishra.

The AG filed the contempt petition submitting that Mr. Bhushan deliberately intended to cast aspersions on his integrity and honesty in placing the minutes of the meeting before the apex court during the February 1, 2019, hearing.

This was followed by another contempt petition filed by the Centre, contending that "such an act by a counsel of making false and irresponsible allegations on a public platform, rather than raising his grievances, if any, before this Hon'ble Court, is grossly contumacious and warrants punishment by this Court."