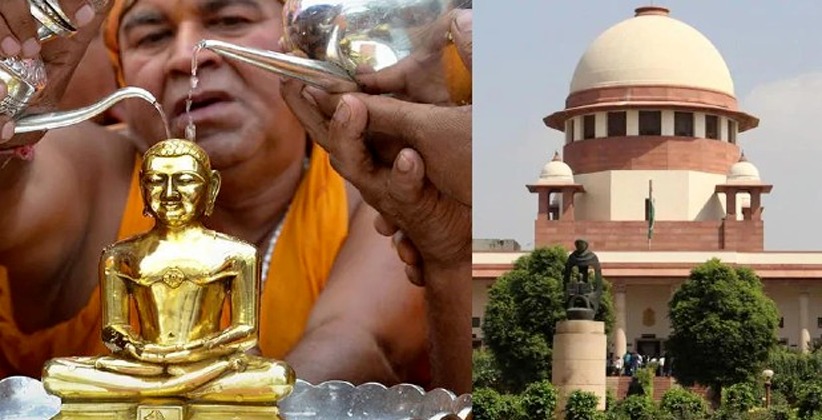 On Friday, the Supreme Court of India permitted a limited section of devotees to three Jain temples in Mumbai's Dadar, Chembur, and Byculla on August 22 and 23 (Saturday and Sunday) to offer prayers on the event of ParyushanParv Celebration.

A bench headed by Chief Justice of India Sharad Arvind Bobde said that entry into temples will be dependent upon the undertaking given by the petitioner - a trust dedicated to Jain people group - according to which they consented to permit just five individuals one after another inside the temple with the upper limit of 250 individuals for each day.

“We are of the view that if the undertaking of faithfully complied with, it would not be hazardous to permit prayers at the three temples,” the bench which also comprised Justice AS Bopanna and Justice V. Ramasubramanian said.

It cited the example of allowing Odisha Rath Yatra and said, “This is exactly the choice we had with Odisha Rath Yatra. We believe that if we can ensure that distancing is maintained, and people do not gather then merely putting the Rath is not damaging.”

The court additionally clarified that its request won't have any significant bearing to some other temples or celebrations including huge gathering.

“We are referring in particular to the congregation that happens during Ganesh Chaturthi in Mumbai and other places,” the court noted.

The Maharashtra government had opposed the petition saying that the state is most noticeably awful hit by the COVID-19 pandemic, and it will be hard for specialists to guarantee adherence to insurances to check the spread of the coronavirus illness.

The bench was, nonetheless, critical of the position by the state bringing up that the administration was permitting other monetary exercises yet prohibiting strict exercises.

“We find it strange that you are allowing every activity involving economic interests. But if it involves religion, you say you cannot do it because of COVID-19,” CJI SA Bobde said.

The Bombay High Court had before dismissed the between time petition by the solicitor to permit passage to Jain temples during the times of the ParyushanParv Celebration from August 15 to 22.