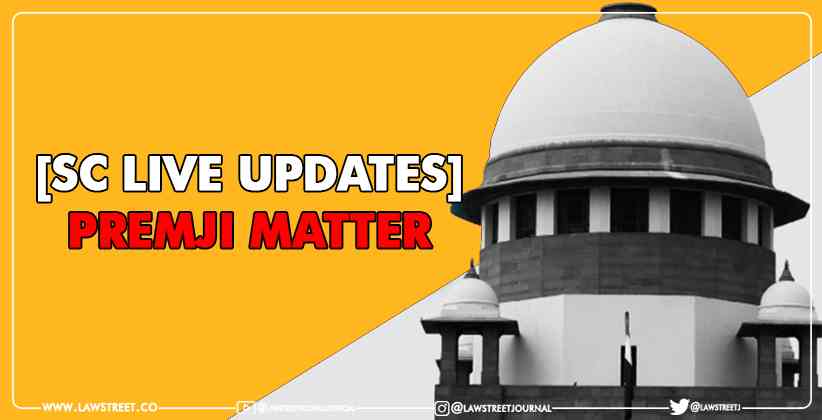 Sr Adv S Ganesh: PCRs based on ground that properties belong to central government. Division bench of Karnataka HC in March 2021 held central govt order rules out any possibility of misappropriation of any property.

Justice Kaul: when is the criminal contempt proceeding next listed?

R Subhramanium for respondent: its on October 19

SC: We feel we can do better with our time. We would like to see what happens in the contempt proceedings. There are some things to see if criminal contempt is proceeded with. At the moment we will continue the stay and see what happens.

SC: we are told criminal contempt proceedings are on October 19. List for directions on nov 30

Sr Adv Ganesh: Everyday there are new proceedings that are being filed in Karnataka, Delhi, Mumbai. Please pass an order for not initiating any proceedings till 20th

SC:  we can’t pass such all-encompassing orders. Let the High Court deal with the matter. Let us see what the high court does or take a call.

Sr Adv Ganesh: this is a blatant abuse of the process of law