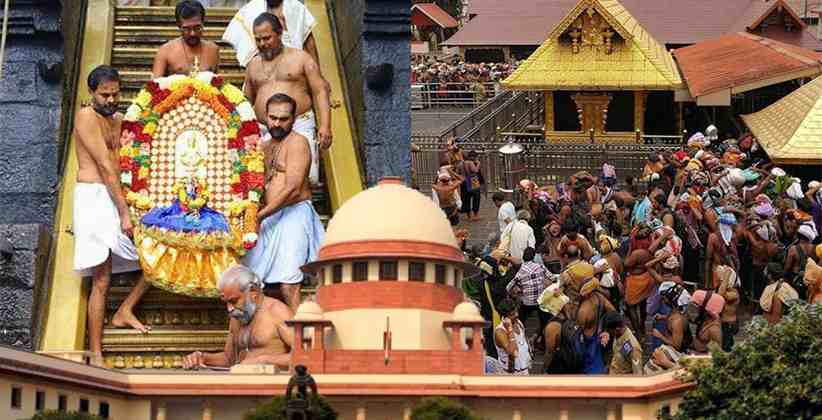 The Supreme Court on February 8, 2020, has ordered the preparation of an inventory of Sabarimala deity Lord Ayyappa’s sacred ornaments and a detailed list of all valuable assets on the advice of Attorney General, K.K. Venugopal, appearing for Kerala. The court had asked the State’s opinion on the measures to be taken to keep the ornaments safe and secure.

For this purpose, the court formed a committee headed by retired Kerala High Court judge Justice C.N. Ramachandran Nair to prepare a detailed inventory of the sacred ornaments of the Sabarimala temple deity, Lord Ayyappa.

A Bench led by Justice N.V. Ramana said the Justice Nair Committee may take the help of an expert jeweler. The detailed list will be handed over to the Apex Court in a sealed cover.

The Attorney General referred to Sree Padmanabha Swamy Temple treasure worth “lakhs of crores” being secured on the orders of the Supreme Court. He suggested that a detailed inventory list of the Lord Ayyappa’s ornaments be taken as well.

“What the State government has now is a very generalized list. Look, item eight in the list is a diamond object... but nobody knows how many carats. A jeweler can be taken on board by the committee to examine the jewelry so that later it cannot be replaced with fake items,” Mr. Venugopal submitted.

Senior advocate R.K. Radhakrishnan, appearing for senior members of the Panthalam royal family, said the position in the case of Sabarimala was quite different from the Padmanabha Swamy matter and that the ornaments belonged to the Panthalam Raja, who was the mythological father of the deity.

Mr. Radhakrishnan objected to the move to make the Kerala government responsible for custody and security of the ornaments. He objected to the inventory as “indirect” intrusion by the State on the private property of the royal family.

Mr. Venugopal said this was the same mistake made by the Travancore royal family in the Padmanabha Swamy temple case. They had claimed all the valuables to belong to them. Petitions were filed. The AG said the treasure belonged to the deity and rested with the government.

Justice Ramana said the court was currently only concerned with the safety and security of the sacred ornaments.

The court listed the case for hearing in four weeks.