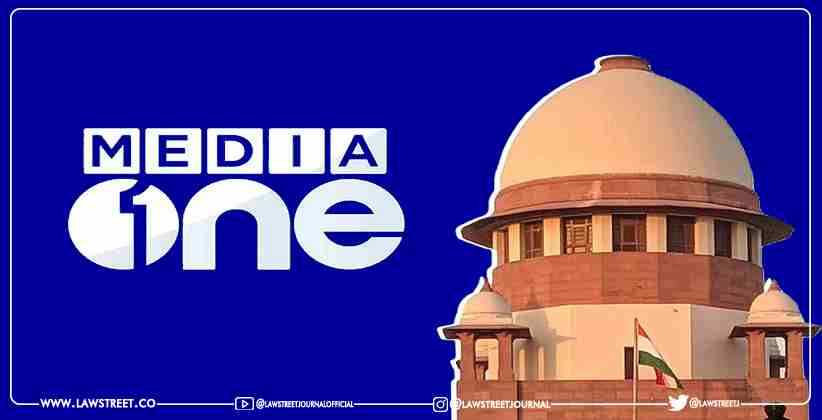 The Supreme Court on Thursday issued notice in the special leave petition filed by MediaOne assailing Kerala High Court’s order of upholding the recent ban imposed on it by the Ministry of Information and Broadcasting.

The Bench of Justices DY Chandrachud, Surya Kant and Vikram Nath posted the matter for March 15 to consider the prayer for interim relief. The Bench also asked the Centre to produce the relevant files on which the High Court placed reliance.

Senior Advocate Mukul Rohatgi and Senior Advocate Dushyant Dave represented MediaOne (Petitioner). Rohatgi submitted that there was no complaint against the channel during its ten years of its functioning. There is no requirement for security clearances at the time of renewal. The petitioner took serious objection to the High Court Division Bench calling for the files in sealed covers after the judgement was reserved.

Senior Advocate Dushyant Dave submitted that it had over 2.5 crore viewers. Even as late as on 2019, the downlinking permission was granted to it.

“For a regional channel to survive is very difficult. We have hundreds of employees. How do we feed them? We request interim relief”, Rohatgi submitted.

“We have something in our mind. What we propose to do now is to issue notice and keep the matter on next Tuesday. We are asking them to place on record the files before us,” Justice Chandrachud added.

“Issue notice returnable on March 15, 2022 on the SLP and the application for interim relief. Liberty is given to serve the central agency. Respondents shall produce all the relevant files on which reliance has been placed by the HC on the next date of listing. List on March 15, 2022,”

the Bench stated in the order.

The channel contended in the petition that the exact reasons for the Centre’s non-renewal of the license have not been revealed to them and the Court approved the decision on the basis of certain sealed cover files produced by the Ministry of Home Affairs, purportedly raising some national security concerns.