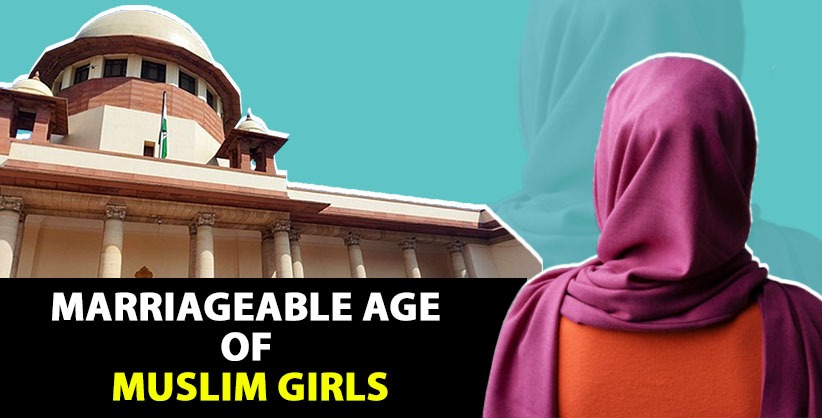 NEW DELHI: The Supreme Court on Friday issued notice to Centre on a plea by National Commission for Women to increase marriageable age of Muslim girls to ensure enforcement of the fundamental rights of minors guaranteed under Articles 14, 15 and 21 of the Constitution.

The plea also sought to make the marriageable age of girls of all communities as 18 years, irrespective of their religion.

A bench led by Chief Justice D Y Chandrachud sought a response from the Union government on the plea, filed through advocate Nitin Saluja.

The plea sought a direction on the equal application of the Protection of Children from Sexual Offences (POCSO) Act, IPC, and Prohibition of Child Marriage (PCM) Act, irrespective of religion or personal laws.

The plea said sought the enforcement of the fundamental rights of minor Muslim women, guaranteed under Articles 14, 15 and 21 of the Constitution, by equal application of the penal laws in cases where Muslim women, who have contracted a marriage before attaining the age of majority, whether consensually or otherwise.

"The Muslim personal law, which permits children to get married on attaining puberty i.e., at the age of 15 years, is in the teeth of the penal provisions. The penal provisions are age centric and not religion centric / personal law centric.There is no exception whatsoever provided under the said provisions on the basis of religion of the child and the same applies equally to all the children, notwithstanding the personal law by which the child is governed, his/her religion, caste, marital status, etc," it said.

"The distinction or classification on the basis of puberty' has no scientific backing or reasonable nexus with the eligibility for marriage / capacity to get married. A person who has attained puberty may be biologically capable of reproduction, however, the same does not imply that the said person is mentally and psychologically mature enough to get married and physically mature to engage in sexual acts and consequently, bear children," it added.

Earlier, the top court had separately issued notice to the Union government and others a plea by the National Commission for the Protection of Child Rights which had questioned the validity of a Punjab and Haryana High Court's recent judgement validating marriage of a 16-year-old minor girl under the Muslim Personal Laws.

In its plea, the NCW sought a direction to increase of 'marriageable age' under the Muslim personal law to bring it in consonance with the penal laws.

Under the Muslim personal law in India, which continues to remain uncodified and unconsolidated, persons who have attained puberty are eligible to get married i.e., on attaining the age of 15 years (in absence of evidence), while they are still minor.

“The same is not only arbitrary, irrational and discriminatory but also violative of the provisions of penal laws. The Protection of Children from Sexual Offences Act, 2012, has been enacted to protect children (below 18 years), particularly women, from offences of sexual assault, sexual harassment, etc”, it added.

The plea contended that as per Section 375 of the Indian Penal Code, 1860, which defines the offence of "rape", the consent of a women below the age of 18 years is not a valid consent in the eyes of the law and any sexual activity, as defined therein, with a minor, with or without consent, is a punishable offence.

“Solemnization of a marriage of man below the age of 21 years and of a woman below the age of 18 years is a punishable offence under the Prohibition of Child Marriage Act, 2006. Thus, the Muslim personal law, which permits children to get married on attaining puberty i.e., at the age of 15 years, is in the teeth of the penal provisions," the plea said.