SC notice to Centre, States on plea for free sanitary napkins for girls 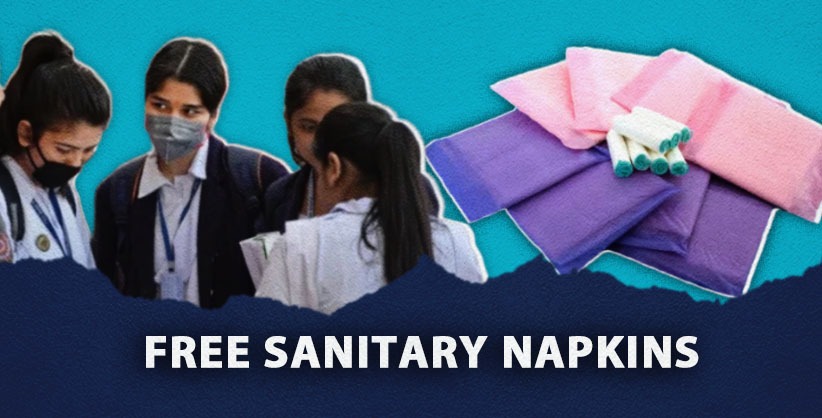 NEW DELHI: The Supreme Court on Monday issued notice to the Centre and all States and Union Territories on a plea for making available free sanitary napkins for adolescent girls and separate washrooms in all government, aided and residential schools.

A bench of Chief Justice D Y Chandrachud and Justice P S Narasimha sought a response from both the Centre and States on the plea by MP Congress leader Jaya Thakur also pleading for awareness programmes on menstrual health and unboxing taboos around it.

The court asked Solicitor General Tushar Mehta to assist in the matter.

The plea claimed lack of access to sanitation facilities, menstrual products and the stigma associated with menstruation acted as a major barrier to education.

"Around the world, one in three girls face inadequate sanitation, and many others face social and cultural limits during their periods," the plea said, adding access to safe sanitation is extremely important for women and girls during their menstrual cycles.

The plea referred to a report by Dasra that nearly 23 million girls drop out of school annually due to lack of proper menstrual hygiene management facilities.

"Sanitation facility in close proximity provides a considerable level of comfort for girls who suffer from severe cramping or dysmenorrhea. Besides, it also ensures that a female gets enough privacy in order to clean up properly, and maintain better hygiene," it said.

The plea also said the ability to manage menstruation in a hygienic manner is fundamental to the dignity and well-being of women, especially in a democratic society.

"It constitutes an integral component of basic hygiene, sanitation, and reproductive health services. Inadequate menstrual hygiene management compromises girls' education, health, and wellbeing. Therefore, efforts to address these inadequacies must involve provision of sanitation and hygiene facilities along with creating an enabling social and physical environment menstruation-related needs that addresses all," it said.

"Since the 19th century, women's education has been a progressive obsession with enlightened Indian social reformers. Although much remains to be done to get anywhere close to equal access to education for the genders, there is no dearth of social and political discourse about the need to educate our daughters," it said.

Doubling number of judges no solution to pendency of cases: SC