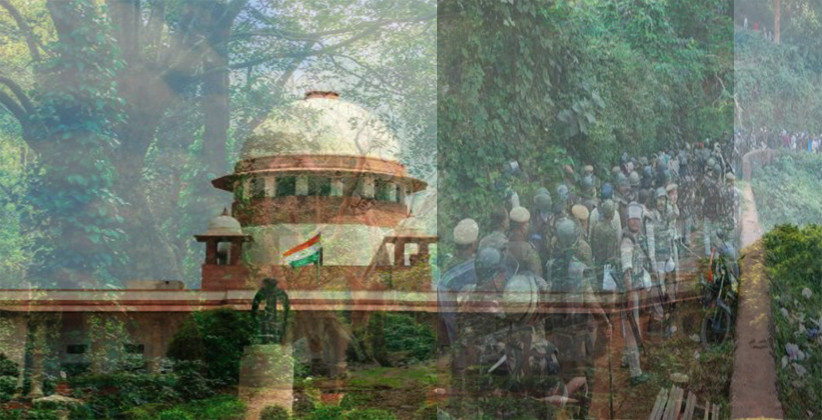 The Supreme Court on February 13, 2019, in the case of Wildlife First & Ors. v. Ministry of Forest and Environment & Ors., has passed a significant order directing twenty-one States to evict more than one million Scheduled Tribes (STs) and Other Traditional Forest Dwellers (OTFDs) from forestland whose claims have been rejected under the Scheduled Tribes and Other Forest Dwellers (Recognition of Forest Rights) Act, 2006.

The order passed by a Bench comprising of Justices Arun Mishra, Navin Sinha and Indira Banerjee also directed the Forest Survey of India (FSI) to make a satellite survey and place on record the encroachment positions and the position after eviction.

The petitioners in the case had challenged the Act and sought eviction of forest dwellers whose claims were rejected under the law.

The Act passed with the object of undoing the “historic injustice” done to the forest dwellers. The Act recognises the rights of the forest dwellers over forestland and resources which they have been using as part of their livelihood.

The Bench taking serious note of the matter directed the States - Andhra Pradesh, Assam, Bihar, Chattisgarh, Goa, Gujarat, Himachal Pradesh, Jharkhand, Karnataka, Kerala, Madhya Pradesh, Maharashtra, Odisha, Rajasthan, Tamil Nadu, Telangana, Tripura, Uttarakhand, Uttar Pradesh and West Bengal - to ensure eviction in all cases where rejection orders have been passed and to file a compliance report on or before July 24, 2019, when the hearing will be conducted next.