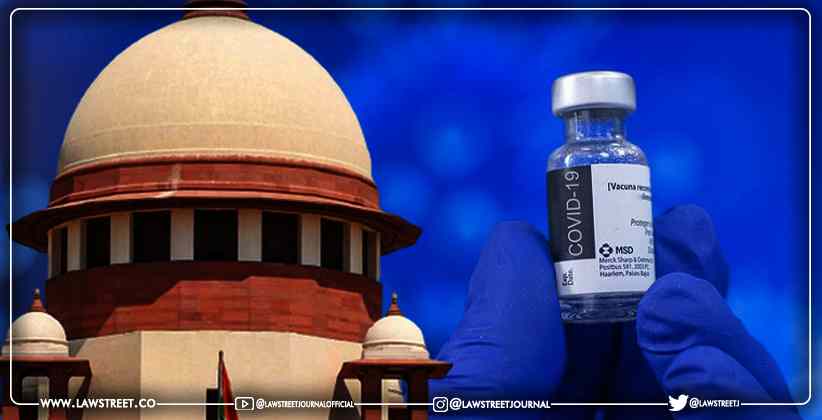 A Public Interest Litigation (PIL) has been filed by Advocate Satya Mitra before the Supreme Court asking for the revival of Public Sector Units (PSUs) to manufacture vaccines, including the ones for COVID-19.

The Plea sought directions from the Central government to revive the vaccine PSUs by issuing a license for Good Manufacturing Practices (GMP) compliant units, use their full creation capacities by the placement of procurement orders, give the PSUs functional autonomy for the full execution of the Javid Chowdhary's last report proposals.

It is submitted in the PIL that in 2009 when plea asked for restarting of suspended PSUs, the government rejected the plea by stating that PSUs are not good manufacturer practices (GMP) complaint in response to grievance claiming that the government of India and certain ministers “willfully sabotaging the public sector units producing drugs and vaccines for private pharma companies with a corrupt motive”.

The plea remarked that,

“It was expected from Respondent No. 1 to respect the order made to this Hon'ble Court by guaranteeing revival of vaccines PSUs. Sadly, that has not occurred and these vaccines producing facilities that were taking into account 80-85% of the country's vaccine demand before their suspension kept on moping inefficiently regardless of their modernization and limit expansion”.

The plea further affirms that three central level PSUs which took into account 80% of the Universalization Immunization Program Vaccine supply, were discretionarily closed down in 2008 on orders of the Drug Controller General of India. The mala fide nature of the conclusion was recorded in the report of the Javid Chowdhary Expert Committee.

It proceeds to present that the closure was done to work with the government obtaining vaccines from the private sector at costs that expanded up to 52% within a year and up to 250% within 5 years of the suspension of PSUs.

The plea also observed that,

“During the time of their activity till 2008, the cost of all essential vaccines was around Rs. 30. Maladministration, ulterior intentions, and corruption were at the roots of the harm of 3 great PSUs catering 85% of the national vaccine needs of youngsters, half of majority was below the poverty line."

Presenting that it was unrivalled for an administration to disrupt its production and that the excuse of GMP non-compliance can be corrected by simply updating the production facilities, the plea expresses that the January 2008 request for the DGCI was encouraged and caused great to Indian residents.

The plea concludes on the note that the Center's commitment to give health security is constitutionally necessary and it is a duty that can't be left to the private area alone. further, the ignorance has resulted in the ongoing deficiency of the Coronavirus vaccine because of private monopoly.