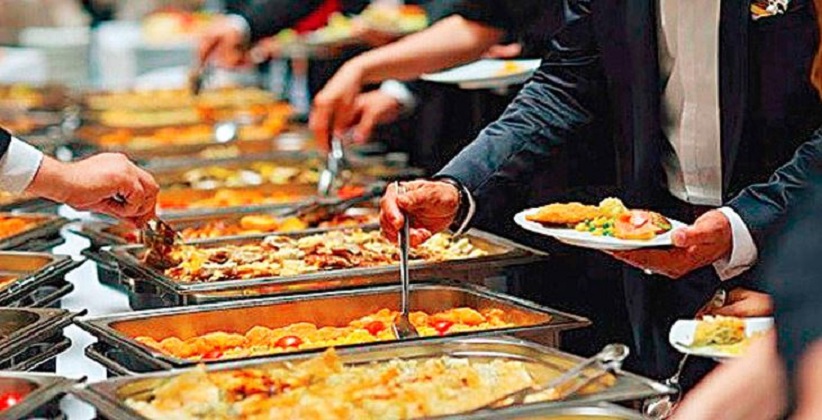 The Supreme Court of India on December 6, 2018, taking note of huge wastage of food and water at wedding functions in Delhi when three girls recently starved to death and people continue to face water shortage has sought the government’s plan to deal with the issue.

A Bench headed by Justice Madan B. Lokur and comprising of Justices Deepak Gupta and Hemant Gupta has observed that commercial interest of owners of motels and farmhouses, where marriage ceremonies take place, was getting far more importance than public interest, indicating a “very poor and sad state of affairs” prima facie loaded in favour of the rich and powerful.

Stating that it was high time that the authorities concerned with the governance of Delhi gave precedence to public interest over commercial interests, the Bench asked Delhi Chief Secretary to appear before it on December 11, 2018, so that appropriate directions can be passed in this regard.

The Bench was hearing a matter related to Blue Sapphire motel during which it was informed that there are around 300 marriage halls in Delhi but around 30,000 to 50,000 marriages take place on a single day during the wedding season.

“Tell us how much food and water is wasted in these 50,000 marriages here,” the Bench asked, adding, “You have [the municipal] corporations which side with these kind of people [motel owners]. That is why we are having so many problems. A balance has to be struck in favour of public interest.”

Precedence should be given to public interest

The Bench referred to a news report in July, which stated that three girls had died in Delhi due to starvation. When the counsel appearing for municipal corporations said it was “Indian mentality” to have several functions in marriages, the Bench said it was much more in northern India, particularly Delhi.

“In our view, it is high time that the authorities concerned with governance issues in Delhi give precedence to public interest rather than commercial and financial interest of owners of motels and farmhouses, and other similar organisations,” the Bench said.

Further, the Bench also said that it is a matter of common knowledge that availability of drinking water and availability of food is a “natural human right” and this must be respected by the authorities concerned with the governance of Delhi. The court said there were a number of farmhouses and motels in Delhi and one can imagine the amount of water used by them for carrying out their business.

“We are mentioning this fact in the context of water shortage in Delhi and an application having been moved in this court today [December 6, 2018] by the NCT of Delhi [in another case] requiring the State of Haryana to release large quantity of water because of shortage of water in Delhi,” the Bench said.

“That apart, we also find that tonnes of food is served at these functions, including weddings, and a large quantity of food goes waste. We are mentioning this in the context of an unconfirmed report that had appeared in one newspaper sometime back that three girls starved to death in Delhi,” the Bench added.

When the counsel appearing for the motel told the Bench about their water storage, the Bench asked, “From where are you getting one lakh litre of water? People of Delhi are not getting water due to all these things... In other words, there is a huge amount of mismanagement of scarce water and wastage of food. Surely, no one can say that this waste is in public interest.”

“The attitude of the State and the authorities under the State, including the municipal corporations, appears to be in favour of the motels and farmhouse owners much to the detriment of public interest,” the Bench observed talking about the entire motel and farmhouse industry in Delhi which is engaged in hosting functions like marriages.