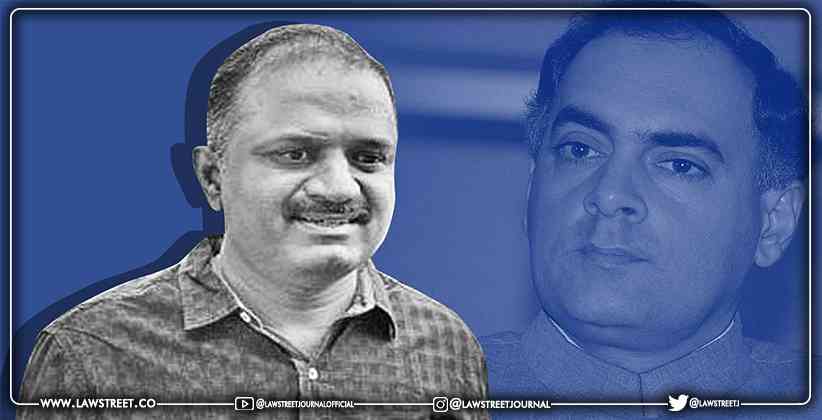 Matter adjourned to March 24, 2022. Interim protection to continue till the next date of hearing
Sr Adv Gopal Sankaranarayanan for AG Perarivalan as court takes up item 101: I understand 101 matter will be taken but Perarivalan.

Bench: we thought we'll take it up but part heard has to be heard first. We can take it up after the part heard.

Sr Counsel: I will take 2 minutes.

Sr Adv Dwivedi: what the governor did that instead of signing her referred it to the President.

Bench: Where is ASG Nataraj?

Sankaranarayanan: he has been in for 32 years now. He can't meet anybody. Nothing of any sort.

Sankaranarayanan: Mr Nataraj is not here.
bench: Its a very imp issue, we'll have to decide whether he can sit. Point that arises in this that there are traces which have been decided in Raja Ram Pal but I think something has to be

Bench: In such matters there can't be that no orders passed & the governor can sit in immunity.

Dwivedi: if he can be released on parole or something.

Bench: We have given him parole.

Bench to Adv Panigrahi: Mr Sankaranayrna was saying that there are 15/16 lawyers in the matter but when we call, none is there. What is the use of hiring 15/16 counsels when none is there to argue? In Bombay we have 1st, 2nd arguing counsel.

Sankaranarayanan: Tom if the matter can be heard? His moments are restricted.

bench: Tom we have a part heard matter. The vaccine mandate matter.

Bench: We can take up this matter in good time. Monday there are other matters we can accommodate & if its going on as per you say then we'll pass an order of bail.

Can you come at 2? We will pass an order of bail. He (Sankaranarayanan) says that his moments are restricted.

Chief Judicial Magistrate, along with other judges suspended for doing Nagin dance in Judicial Uniforms.