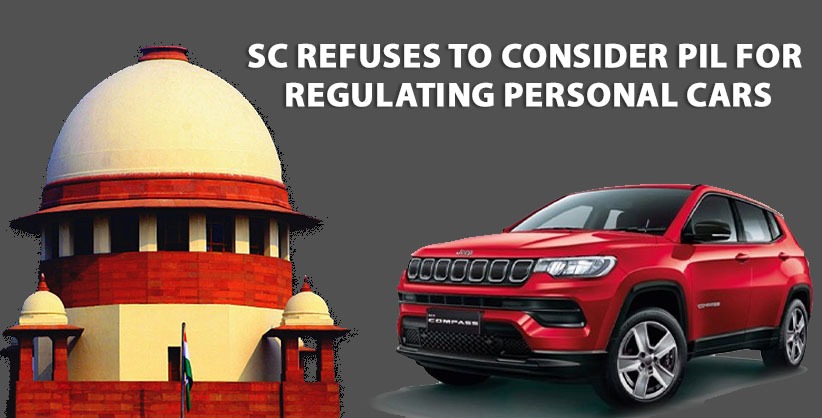 NEW DELHI: The Supreme Court on Friday declined to entertain a PIL by NGO 'Tsunami on Road' for regulating use of personal cars and preparing a national programme for controlling air pollution in the country.

"We are not inclined to entertain the petitions as issues raised pertain to policy domain," a bench of Chief Justice D Y Chandrachud and P S Narasimha said.

The petitioner here sought a direction to the Union government and its authorities to ensure effective income tax regulation on sale of personal cars in order to prevent misuse of tax regulations.

It said in addition to PAN card, a copy of last return filed should be made mandatory for purchasing a personal car. The plea also sought an order to withdraw tax benefit for second car to companies or professionals and allow only one personal car per person or grant permission for the second car after imposing some environment cess.

In view of air pollution becoming a Pan India disease in an epidemic form, the petitioner also sought a direction to initiate an effective National Programme against air pollution in order to get special attention, priority and better co ordination amongst States and Centre with better utilization of budget, etc.

It also demanded that the health authorities should release some advisories for vulnerable class i.e. pregnant ladies regarding "what to do & what not to do" to safeguard themselves from air pollution.”

While refusing the consider the plea, the court granted the petitioner liberty to pursue grievances before the authorities in accordance with law.