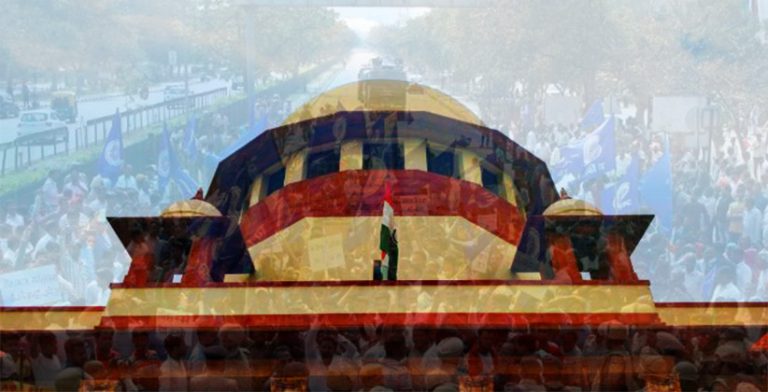 The Supreme Court today (February 18, 2019) refused to entertain a plea challenging the Constitutional validity of a circular issued by the Ministry of Information and Broadcasting to ban the usage of the word ‘Dalit’ by media while referring to members of the Scheduled Caste.

A Bench headed by Chief Justice Ranjan Gogoi and comprising of JusticeSanjiv Khanna was hearing a batch of petitions filed by individuals and organisations working in the field of protection and promotion of the cause of Dalits.

In the plea, the petitioners had contended that the circular is arbitrary, irrational, unreasonable, discriminatory and contrary to Articles 14, 15, 19 and 21 of the Constitution of India as it violates the rights of the Scheduled Castes to determine and express their own identity. Further, it was also submitted that by erasing the term ‘Dalit’ from public debate, is creating a false impression that the term itself is derogatory.

Moreover, referring to the Scheduled Castes and Scheduled Tribes (Prevention of Atrocities) Act,1989, the petitioners had contended that the “Impugned Circular seeks to circumvent the legislative mechanism that already exists for adjudication of such issues.”

The ministry, by a circular dated August 7, 2018, had advised the media to refrain from using the nomenclature “Dalit” while referring to members belonging to Scheduled Caste and directed to use appropriate translation in other national languages for all official transaction, matters, dealings, certificates etc. for denoting the persons belonging to the Scheduled Castes.

The circular was issued pursuant to an order of the Bombay High Court dated June 6, 2018, wherein the court asked the ministry to consider issuing a directive in this regard to the media.