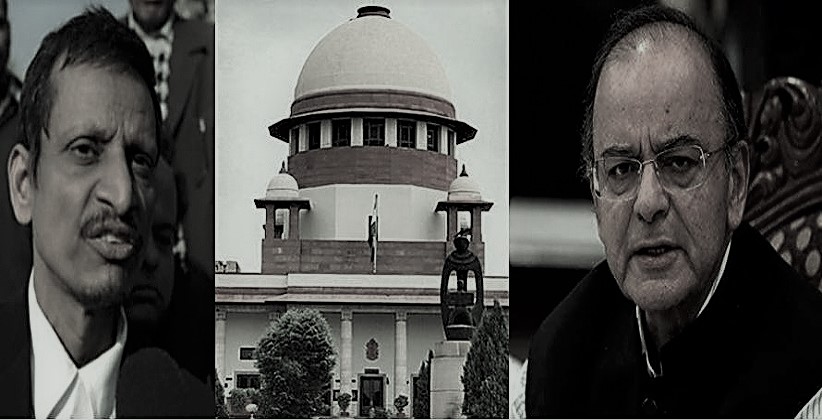 The Supreme Court on December 7, 2018, while dismissing a public interest litigation (PIL) against Finance Minister Arun Jaitley has imposed a fine of Rs 50,000 on advocate M.L. Sharma, who had filed the PIL.

Advocate M.L. Sharma had filed the PIL accusing the Finance Minister of "plundering" the capital reserve of the RBI.

The Bench dismissed the petition stating “we find no reason whatsoever to entertain this PIL” and imposed the fine as Sharma continued with the arguments even after dismissal of the PIL.

Interestingly, before imposing the fine, CJI Gogoi acknowledged that Sharma had done some good work, but he was bent on destroying his reputation by persistently filing frivolous PILs.

“You have done some good work and we all acknowledge that. Why are you persisting on destroying your reputation? What kind of prayer is this – to restrain Finance Minister from using capital reserves of RBI.

Now what is happening is that because of this, when you come with a good case also, we don’t entertain you,” said Gogoi J.

This is not the first time that the apex court has berated Sharma, earlier in 2015, then Chief Justice of India R.M. Lodha had imposed costs of Rs. 25,000 and Rs. 50,000 on him on two separate occasions.

JusticeD.Y. Chandrachud had also rapped Sharma for filing a PIL with unfounded claims against Union Ministers including the Prime Minister and the Finance Minister in relation to the Nirav Modi scam.