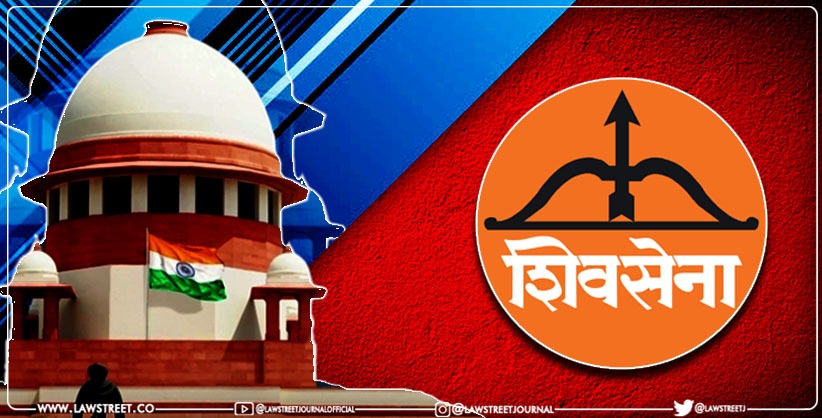 NEW DELHI: In a big setback to Uddhav Thackeray's camp, the Supreme Court on Tuesday rejected its plea to restrain the Election Commission from examining a claim made by Eknath Shinde on Shiv Sena party and its symbol.

A Constitution bench headed by Justice D Y Chandrachud said there would not be any stay on the proceedings before the Election Commission on intra party dispute and 'bow and arrow' symbol.

After about a day-long hearing, the top court passed its order, dismissing the interloculatory application filed on behalf of Thackeray's camp.

The decision is very significant in view of the impending Brihanmumbai Municipal Corporation elections, in which both Thackeray and Shinde camps would like to test waters.

Shinde, who claimed to be real Shiv Sena, had raised a banner of revolt against Thackeray over Hindutva issue, forcing him to resign as Maharashtra Chief Minister.

The court rejected the major limb of arguments by Thackeray's camp since disqualification of Shinde and his supporting MLAs was pending, the EC cannot proceed on their application over the party and the symbol.

Shinde's side claimed a "hopeless" minority sought to remove him from the party. The Speaker under 10th schedule is to exercise power to determine disqualification of a member and he cannot decide split or merger within a political party.

They said the right of a member of the party to approach the EC cannot be taken away.

The Election Commission, on other hand, submitted it worked independent and very differently than the Speaker and can decided who held the majority in the party.

The plea filed by general secretary of Shiv Sena Subhash Desai submitted that Shinde and others have purportedly initiated proceedings under para 15 of the Election Symbols (Reservation and Allotment) Order, 1968 (Symbols Order) seeking to be recognised as the “real Shiv Sena” by the ECI, and are claiming the right to use the election symbol of “bow and arrow” allotted to Shiv Sena.

Despite the matter being pending before the top court, in acts of desperation, and to somehow portray a majority, the respondents are trying to illegally cobble up numbers and fabricate an artificial majority in the organisation, it claimed.

On July 11, the apex court had asked the newly appointed Maharashtra Assembly Speaker not to go ahead with proceedings in disqualification petitions.

On June 29, the court had refused to stay the Maharashtra Governor's direction to hold a floor test in Assembly on June 30, in an endgame to Thackeray-led Maha Vikas Aghadi government, after a rebellion by Shinde and 48 other MLAs.