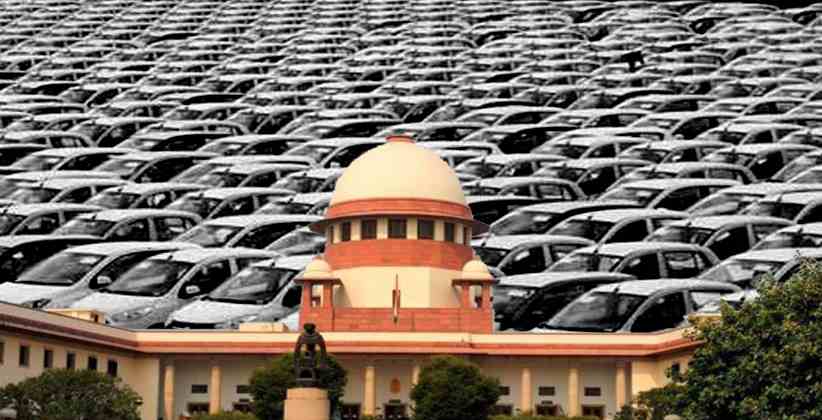 On Friday (February 14, 2020), an association of automobiles plea seeking the extension to sell Bharat Stage-IV vehicles by one more month from the deadline of 1st April 2020 was dismissed by the Bench of Supreme Court consisting of Justices Arun Mishra and Deepak Gupta. The counsel representing the Federation of Automobile Dealers Association before the bench said that the dealers would have to deal with the unsold inventory of BS-IV compliant vehicles. This was the following words of the counsel before the bench, "Up to March 31, 2020, we can sell it (BS-IV vehicles). We should be given one more month; there is a slowdown in the automobile industry. Kindly allow us to sell BS-IV vehicles to clear the stock”. The bench mentioned that the order was passed one and a half years ago while referring to the prayer which provided in the application.

The Judgment of 2018 which was given by the bench consisting of Justices Madan B. Lokur, S. Abdul Nazeer and Deepak Gupta which opined that the Government has developed a policy to phasing out polluting vehicles and discouraging the manufacturers of polluting vehicles, which has been done globally. Europe had introduced the Euro-IV standards in 2009 and VI in 2015 and the bench considered that the country is behind, cannot fall back further even a single day. The need of the hour is a cleaner fuel as early as possible. They exercised the power vested in the Article 142 of the Constitution of India and the sub-rule 21 of Rule 115 and directed that the sub-rule 21 of Rule 115 shall be interpreted as - no vehicle conforming to the emission standard of Bharat Stage-IV shall be sold or registered in the entire country from 1st April 2020. In 2018, the bench had said, they are not in agreement with the submission that the vehicles contribute 2 per cent of the pollution and the report of the committee which they adverted states that contribution of vehicles to ambient PM 2.5 concentration during the winter season is 25 per cent and in summer contributes 9 per cent. There are many automobile vehicles like Tata Motors, Hyundai, Maruti Suzuki, and M & M which have already transitioned major chuck to BS-VI fleet compliance.