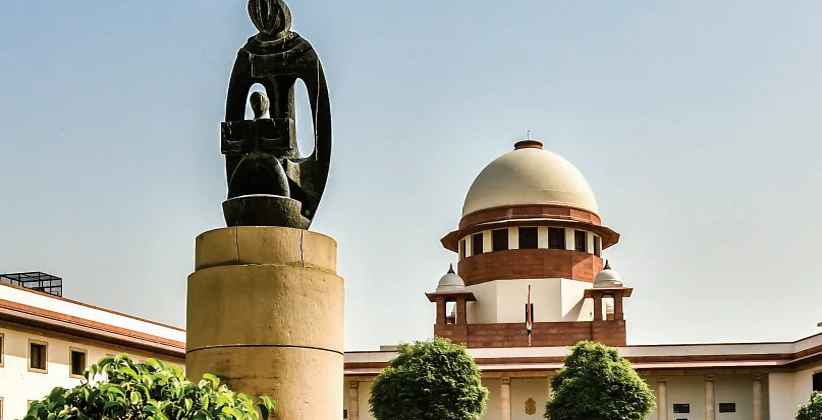 The Supreme Court has stayed the hearing of a suit initiated by the defaulting Contractor in the Trilateral Highway Project between India, Manipur & Thailand before the High Court of Manipur.

A Supreme Court bench consisting of Chief Justice SA Bobde, Justice AS Bopanna & Justice V. Ramasubramaniun released a notice on a plea lodged by the Ministry of External Affair, along with ordering for a stay on the ongoing hearings before the Manipur High Court (in the case entitled Niraj Cement Structurals Ltd. u Union of India WA 17/2079/ which had stopped the construction project of a road project that acts as a link between Manipur and Thailand.)

By making a stay on the high court’s proceedings, the bench, with the Chief Justice of India in lead, has removed a huge hurdle in the way of the establishment of the Trilateral Highway Connectivity venture between India, Myanmar, and Thailand.

Following an agreement that was signed between India and Myanmar in 2016 which was part of the "Act East Policy", which also mentioned the construction of a highway which will start from Moreh in Manipur and provide a link till Tamu in Myanmar as well as Mae-Sot in Thailand, a contract was made between the Centre and a Contractor Niraj Cement Structurals Limited along with Manipur Tribal Development Corporation Limited in November 2017 to serve the same purpose.

Due to many delays, the Centre decided to end its contract in December 2018 with the Contractor Niraj Cement. Following the event, Niraj Cement in 2019, started a litigation battle wherein Niraj Cement sought to challenge the order of termination.

This case has been on hold for a division bench of Manipur High Court with the bench being led by Chief Justice Lanungsunkum Jamir. The Chief Justice of India led bench stayed this proceeding on July 28, 2020, removing the obstacle for the project.

Attorney General KK Venugopal represented the side of the Union and informed the court about the ongoing case before the High Court of Manipur, iterating that the Contractor had the option to use arbitration with respect to the contractual agreement and that the Manipur High Court did not have the jurisdiction to hear the case as the Contract was signed between parties in New Delhi.

Moreover, the aforementioned litigation was causing obstacles, with respect to not just the project which was supposed to be completed by November 2020 but also hampering bilateral relations with Myanmar and Thailand.

With respect to this, the Court ordered,

"Issue notice returnable within two weeks. There shall be an interim stay of the proceedings pending before the High Court in the meantime."

The last hearing was held in Manipur High Court on March 3, 2020.