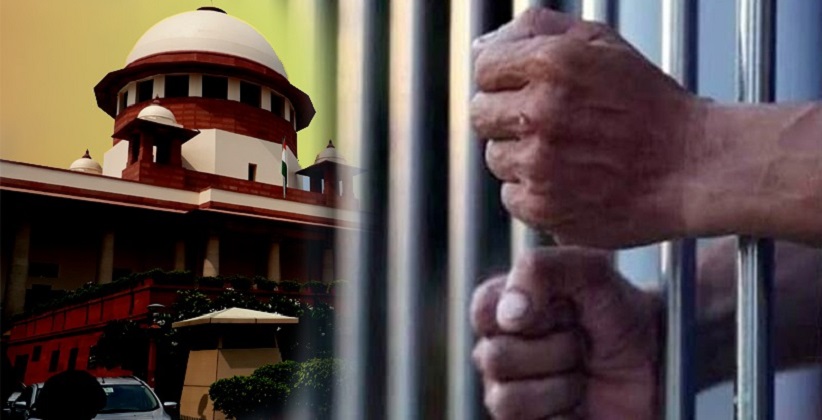 The Supreme Court reserved orders on a plea for the interim release of prisoners charged under Special Acts from jails in Maharashtra amid the Covid-19 pandemic. The court also allowed the Maharashtra High Powered Committee to reconsider its earlier decisions to allow only the release of a set of prisoners in view of the changed on-ground situations.

The Bench of CJI SA Bobde and Justices AS Bopanna and V Ramashubramanian were hearing this plea after the Bombay High Court declined to entertain this prayer.

Medha Patkar, NGO National Alliance for People's Movement, and Mumbai-based activist Meera Sadanand Kamath are the petitioners in the SLP. They had moved the Supreme Court challenging the August 5 judgment of the Bombay High Court whereby the High Court had upheld the State's classification of prisoners who were to be released on emergency parole in the wake of the COVID-19 outbreak.

Advocate SB Talekar for the petitioners submitted that "almost 2,500 prisoners are infected with Covid-19. More than 10 prisoners are dying every day".To this CJI Bobde stated that the court will also pass a detailed and reasoned order at a later time.

The appeal filed by Advocate on Record Vipin Nair and drawn by Satish B Talekar recounts that in pursuance of the March 23 order of the top court, where all the states were directed to constitute a High Powered Committee(HPC) was constituted.

The committee excludes prisoners who were accused of offenses punishable under the Special Acts from availing interim bail on the ground that such Acts required observation of separate procedure or obtruding of additional conditions for the purpose of grant of bail.

These decisions of the HPC were earlier declined by the Bombay High Court. The High Court had suggested that prisoners had no vested right to be released either on emergency parole or interim bail and that the classification done by High Power Committee did not violate any of the fundamental rights of the prisoners.

The plea before the Supreme Court says that the High Court incorrectly upheld not only the classification done by HPC but even the additional conditions/restrictions for granting the temporary release of prisoners imposed by the HPC. The plea states that out of 28,642 prisoners to be released only 10,467 were released to date due to additional conditions imposed by the HPC.

The plea further states that the applicable rules did earlier provide for emergency parole on the grounds of serious illness, death of the nearest relative, or in case of a natural calamity such as house collapse, earthquake, flood, fire.

The petitioners have also urged the Court to direct the State government to conduct swab testing of all the prisoners and the prison staff in those prisons in Maharashtra where Covid-19 has been discovered.