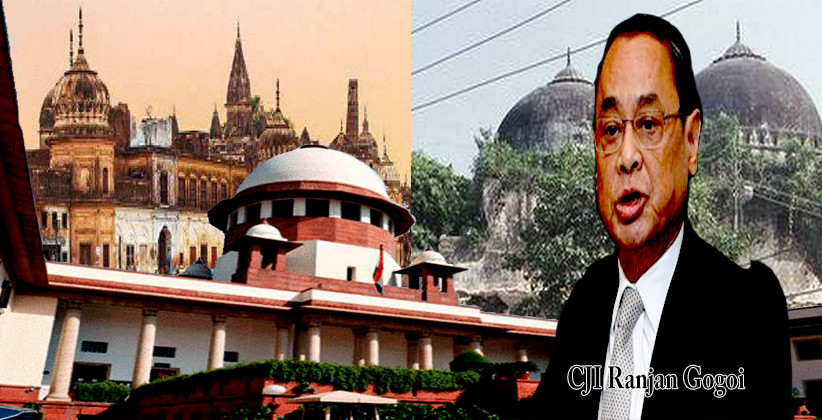 SC bench led by CJI Ranjan Gogoi has allotted the dispute site to Ram Janmabhoomi Nyas, while directing the government to allot an alternate 5 acre land within Ayodhya to Sunni Waqf Board to build a mosque.

Scheme to be framed by Center to make provisions for working of trust including the construction of the temple and other matters, the court said in its judgment.

The court dismissed the appeal of the Shia Waqf Board held that the land belongs to the government as per revenue records.Fourteen appeals were filed in the apex court against the 2010 Allahabad High Court judgment, delivered in four civil suits. It said the 2.77-acre land in Ayodhya be partitioned equally among the three parties - the Sunni Waqf Board, the Nirmohi Akhara and Ram Lalla.

Here are the top 10 takeaways from the landmark judgment in the Ayodhya case:

1.  SC has granted the entire 2.77 acre of disputed land in Ayodhya to deity Ram Lalla.

2. SC has directed the Centre and Uttar Pradesh government to allot an alternative 5 acre land to the Muslims at a prominent place to build a mosque.

3. SC has asked Centre to consider granting some kind of representation to Nirmohi Akhara in setting up of trust. Nirmohi Akhara was the third party in the Ayodhya dispute.

4. SC dismissed the plea of Nirmohi Akhara, which was seeking control of the entire disputed land, saying they are the custodian of the land.

5. SC directed the Union government to set up a trust in 3 months for the construction of the Ram mandir at the disputed site where Babri Masjid was demolished in 1992.

6. SC said the underlying structure below the disputed site at Ayodhya was not an Islamic structure, but the ASI has not established whether a temple was demolished to build a mosque.

8. The court also said that the faith of the Hindus that Lord Ram was born at the disputed site where the Babri Masjid once stood cannot be disputed.

9. SC also said that the 1992 demolition of the 16th century Babri Masjid mosque was a violation of law.

10. While reading out its judgment, the Supreme Court said that the UP Sunni Central Waqf Board has failed to establish its case in Ayodhya dispute case and Hindus have established their case that they were in possession of outer courtyard of the disputed site.