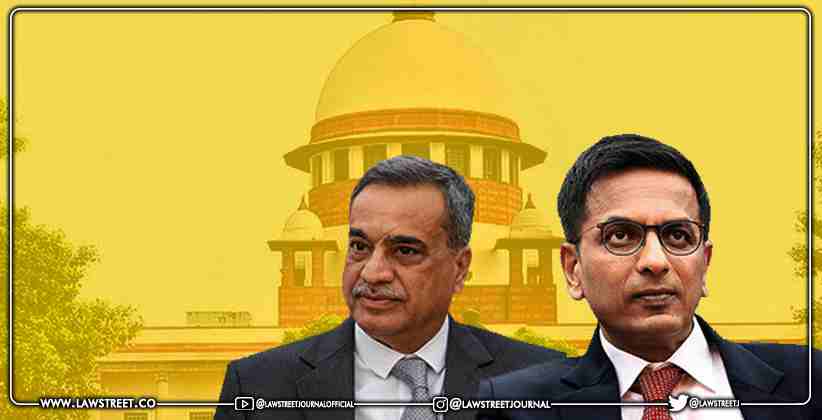 On Tuesday (July 6th, 2021), the Supreme Court upheld a murder defendant's conviction, stating that recovering the weapon used in the commission of the crime is not a necessary condition for convicting an accused. According to the ballistic reports, the bullet found does not match the firearm/gun recovered, implying that the use of the gun as alleged is speculative and that the accused should be given the benefit of the doubt.

At most, it can be said that the gun recovered by the police from the accused was not used for killing, and thus the recovery of the actual weapon used for killing can be ignored and treated as if there is no recovery at all, according to a bench comprised of Justices D.Y. Chandrachud and M.R. Shah.

The bench stated, "Recovery of the weapon used in the commission of the offence is not a sine qua non for convicting an accused." The Supreme Court's decision came in a case in which the defendants were found guilty under Section 302 of the Indian Penal Code for killing Bhishampal Singh on January 28, 2006. Rakesh allegedly used a country-made pistol to injure the deceased, and Suresh and Anish allegedly assaulted Singh with their respective knives, according to the prosecution. All of the defendants were sentenced to life in prison by the trial court. Their appeal was dismissed by the High Court, and their conviction was upheld.

The top court stated that the eyewitnesses in the case were trustworthy and reliable, and that they specifically stated Rakesh fired the gun and the deceased was injured. It was stated, "The injury caused by the gun has been established and proven through medical evidence and Dr. Santosh Kumar's deposition. The first injury is caused by a gunshot. As a result, it's impossible to dismiss the eyewitnesses' credible ocular evidence of the shooting." The bench further said, it is not possible to reject the credible and reliable depositions of PW1 & PW2 (eyewitnesses) simply because the ballistic report shows that the bullet recovered does not match the gun recovered.