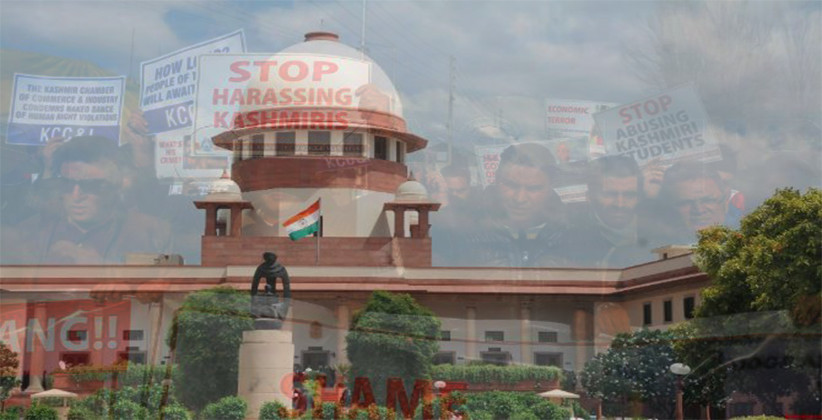 The Supreme Court today (February 27, 2019) said no further directions are needed to be passed in petition that appeared in the apex court seeking a direction to authorities to protect Kashmiris from attacks in the aftermath of the Pulwama terror strike.

A Bench comprising of Chief Justice of IndiaRanjan Gogoi and Justices L. Nageswara Rao and Sanjiv Khanna was hearing Senior Counsel Colin Gonsalves, appearing for the petitioner Tariq Adeeb seeking a helpline and facilitation of online registration of FIRs.

However, the Bench declined to pass any further directions after noting the submission made by the Attorney General K.K. Venugopal that no violent incidents have taken place since the court’s last order.

The Bench directed the States to file their replies within seven days and listed the case for hearing after seven days.

On February 22, 2019, the Supreme Court issued notice to the Central government and ten states to take steps to prevent acts of threat, intimidation, social boycott, and assault on Kashmiris. Further, it had also ordered the DGPs of states to ensure that such violence does not take place.