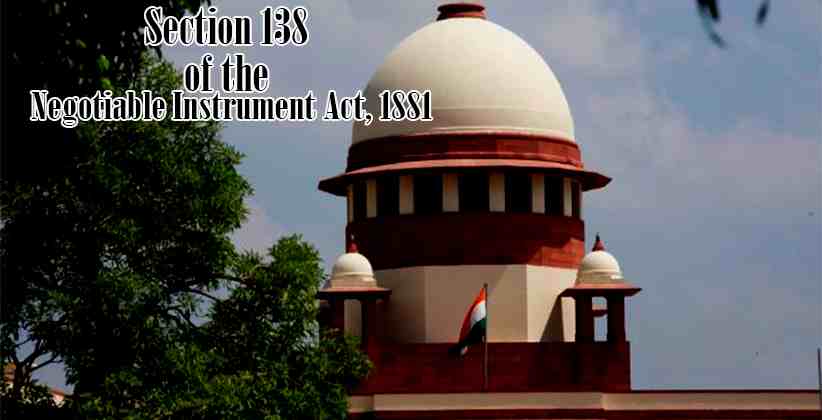 On 20th January 2020, Supreme Court observed that there is no need to produce account books/cash book in case of criminal proceedings under Section 138 of the Negotiable Instrument Act, 1881. The decision was given by the bench comprising Justices R. Banumathi and AS Bopanna.

This decision came in a case where the decision of trial court had been overruled by the court of first appeal. According to the trial court the accused was guilty, but the appellant court reversed it as the complainant didn't produce cash and account books to prove that the amount was due and payable by the accused.

The case was that the accused purchased pesticides on credit from the complainant’s shop and made part payment by endorsing a cheque which was disowned by the bank because of ‘insufficient funds’.

However, the high court restored the decision of the trial court and observed that “the reason was given by the Lower Appellate Court that he didn't bring the cash book or order book, etc. could well be understood, if civil suit is tried but on the contrary, the order passed by the lower Appellate Court is in the criminal case filed under Section 138 of the N.I. Act."