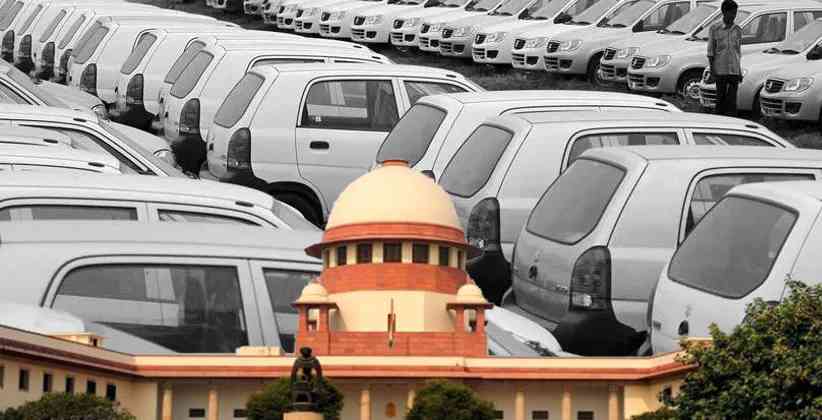 Headed by Justice Arun Mishra, a Supreme Court Bench observed on Friday (31st July, 2020) that something fraudulent could have happened referring to the number of BS-IV vehicles sold before 31st March, 2020, as claimed by the auto dealerships’ association. The Court expressed based on the data provided by the government.

According to the affidavit that the government provided, auto dealers have sold around 8 times the sales numbers they shown to the top court.

All future registrations of BS-IV vehicles have been stayed by the SC, until further directions, citing possible fraud.

This was while the apex court was hearing a plea by FADA. The plea was filed in March to get an extension of the 31st March, 2020 deadline for the sale of these vehicles. On 27th March, 2020 marginal relief was given to the auto dealers and auto companies by the SC permitting sales of 10% unsold BS-IV inventory.

The sale of BS-IV inventory would be allowed only for 10 days after the lockdown was lifted, as directed by the Court.

FADA reported sales of over 2.25 lakh BS-IV units on 16th June. The Court took exception to this figure and further noted that it was much higher than the 10% quota that was allowed. FADA argued that the sale of 2.25 lakh units took place, but prior to the 31st March, 2020 deadline and not after the lockdown.

On the hearing held on 9th July, 2020 the Court recalled its order allowing 10-day extension and warned FADA against taking advantage of the apex court by playing fraud. FADA was questioned on how so many vehicles were sold before 31st March, 2020 with the lockdown in place from 23rd March, 2020.