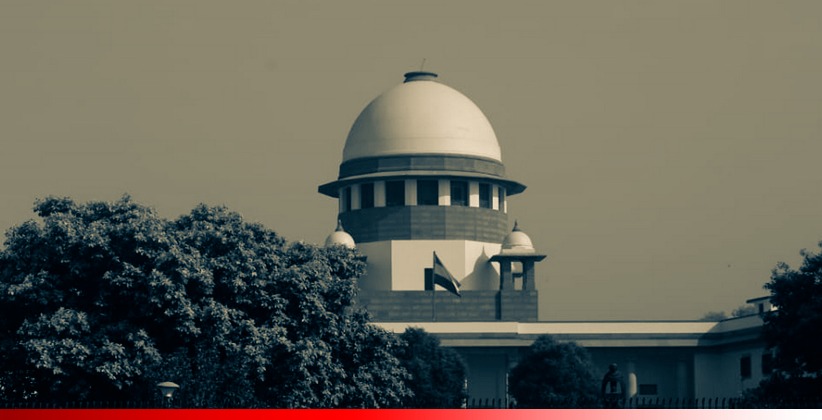 Judiciary Oct 31, 2020 Pavitra Shetty ( Editor: Ekta Joshi ) 3 Shares
3 Shares
The Supreme Court on Thursday (October 29,2020) stayed the Delhi High Court order which had directed all undertrial prisoners whose bail period was extended due to the COVID-19 lockdown to surrender in a phased manner between November 2-13.

The apex court was hearing an appeal filed by the National Forum for Prison Reforms (NFPR) against the Delhi high court order which decided that its blanket order extending all interim stays and bails granted prior to and during the COVID-19 lockdown would not remain in effect after October 31. The plea said the HC order was passed by misunderstanding the data presented to it and wrongly concluding that only three coronavirus cases existed among the 16,000 inmates.

The observations regarding the release of these undertrial prisoners in jails on the allegation that they had committed “heinous crimes” was dealt with by the High Powered Committee (HPC) carefully and reasons were given but these have not even been looked at. The high court in its order had said that all undertrials whose bail period was extended have to surrender in a phased manner between November 2 and November 13. The court had said the order would also be applicable to 356 prisoners who were granted bail by the high court and they would have to surrender before the jail authorities on November 13. The high court on August 24, 2020, had extended till October 31 all the interim orders which were to expire on or after August 31 in cases that are before it and also the district courts in view of the COVID-19 pandemic. The high court said in its order of October 20, 2020, stated that the surrender process would start on November 2 with the prisoners of Central District, Tis Hazari Courts, and would culminate on November 13 with the surrender of prisoners from Rouse Avenue Courts Complex, New Delhi. The Delhi High Court while passing the said order quoted that the interim bail and interim stay extension order of March 25, which was extended from time to time, "was necessitated because the functioning of the courts was curtailed due to complete lockdown declared on March 25" but "now the situation has changed and all the courts at high court and district court level are functioning through physical mode/video conference mode." The special leave petition of challenging this order of the high court was heard by the bench of Justices L Nageswara Rao, Hemant Gupta, and Ajay Rastogi. The Supreme Court stayed this order of the Delhi High Court denying further extension of interim bails granted to undertrials until November 26, 2020.   [READ ORDER]