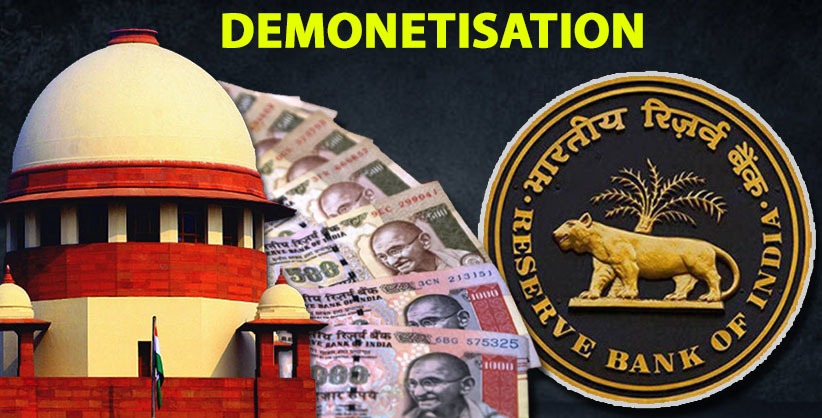 NEW DELHI: The Supreme Court on Wednesday directed the Centre and the RBI to bring on record relevant records in connection with the government’s 2016 demonetisation decision for its perusal.

A bench of Justices S Abdul Nazeer, B R Gavai, A S Bopanna, V Ramasubramanian, and B V Nagarathna said, “Counsel of the Union of India and Reserve Bank of India are directed to produce the relevant records”.

Attorney General R Venkataramani, who represented the Centre, said he will submit the relevant records in a sealed cover.

The court's direction came just before reserving judgements on a batch of petitions challenging the 2016 demonetisation decision.

The court also directed the parties to file written submissions by December 10.

Chidambaram, representing a petitioner, said the government should confidently defend the decision and also the decision-making process, involved in 2016 demonetisation decision. He said they should place those documents before the court.

He said that if the government were to adopt a route through the Parliament, then the parliamentarians would have stopped the policy but they did not follow the legislative route.

Chidambaram submitted that the RBI governor must be fully aware of the fact that in 1946 and 1978, RBI opposed demonetisation and they resorted to plenary power of legislature.

The Centre had told the Supreme Court that the November 2016 decision to withdraw legal tender of Rs 500 and 1,000 currency notes was one of the critical steps in the series of transformational economic policy steps and this decision was taken after extensive consultation with the RBI and advance preparations.