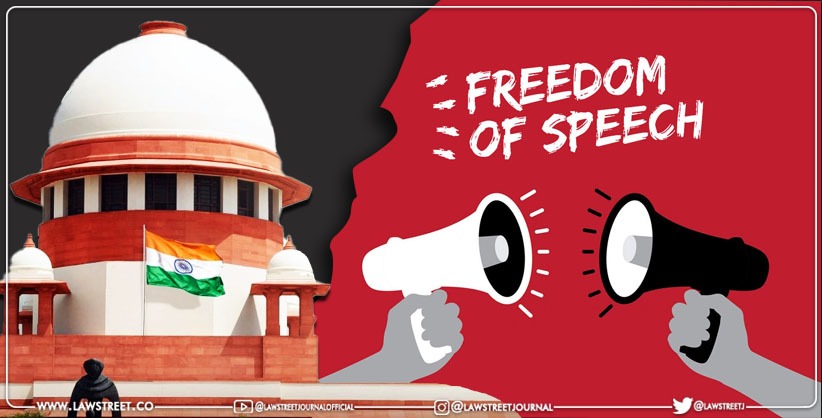 NEW DELHI: The Supreme Court on Wednesday decided to examine on November 15 if any greater restriction can be imposed on public functionaries' right to freedom of speech and expression, than those enumerated under 19(2) of the Constitution.

A bench of Justices S Abdul Nazeer, B R Gavai, A S Bopanna, V Ramasubramanian, and B V Nagarathna sought to know if some general guidelines could be laid down without factual aspect of the matter.

The court noted the reference in the instant case arose out of a statement made by then Uttar Pradesh Minister Azam Khan about the victims in Bulandshahr gang rape case but subsequently he had apologised.

The bench wondered if the issue has become academic.

Advocate Kaleeswaram Raj, however, contended the recurrence of such incidents across the country showed that the issue was of relevance and not merely an academic matter.

The court said it might not be able to lay down guidelines without any concrete facts.

Solicitor General Tushar Mehta submitted that the threshold of restriction to freedom of speech and expression for the public functions could be much higher than the common person.

He, however, said it might not be possible for the court to define the contours of such restrictions beyond those provided in Article 19(2) of the Constitution.

After a brief deliberation, the court fixed the matter for consideration on November 15.

On October 5, 2017, a three-judge bench of the top court had referred the matter to the Constitution bench to adjudicate various issues including whether a public functionary or a minister can claim freedom of speech while expressing views in sensitive matters which are under investigation.

The court was then hearing a plea filed by a man, whose wife and daughter were allegedly gang-raped in July, 2016 on a highway near Bulandshahr, seeking transfer of the case to Delhi and lodging of an FIR against Azam Khan for his controversial statement.

The three-judge bench had framed certain issues including whether an individual, holding public office, be allowed "to comment on the crime stating that it is an outcome of political controversy, more so, when as an individual, he has nothing to do with the offences in question".

"Should the State, the protector of citizens and responsible for law and order situation, allow these comments, as they have the effect potentiality to create a distrust in the mind of the victim as regards fair investigation", said the second question.

It had said that the court would examine whether such statements fell within "the ambit and sweep of freedom of speech and expression or exceed the boundary that is not permissible".

"Whether such comments (which are not meant for self protection) defeat the concept of Constitutional compassion and also conception of constitutional sensitivity," it also posed.

The apex court had earlier said it would consider whether the fundamental right of speech and expression would be governed under reasonable restriction of decency or morality or whether other preferred fundamental rights would also have an impact on it.