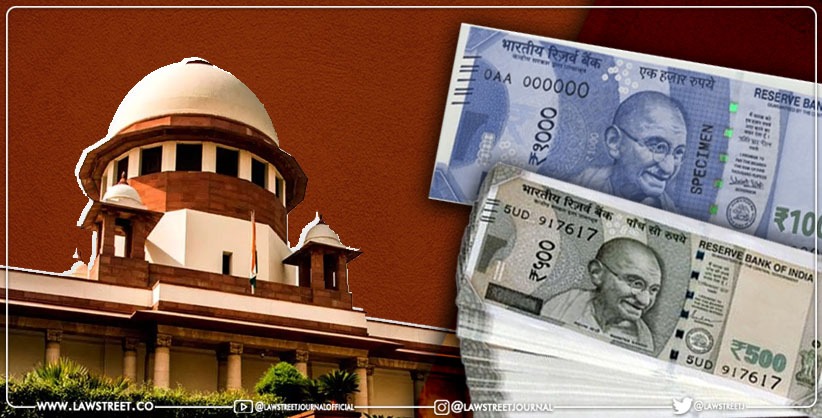 NEW DELHI: The Supreme Court on Wednesday sought to know from those questioning the Centre's decision to demonetise currency notes of Rs 500 and Rs 1,000, in November 2016, if the issue still survived or the hearing has become an academic exercise.

A Constitution bench of Justices S Abdul Nazeer, B R Gavai, A S Bopanna, V Ramasubramanian, and B V Nagarathna posed the query to the petitioners no sooner than was the matter taken up by it.

Appearing for the Centre, Solicitor General Tushar Mehta submitted that for all practical purposes, the issue may not survive, and it would be merely an academic exercise.

However, he is ready to argue, he said.

The bench said the court was already burdened with pendency and why it should be taking up the matter for academic exercise.

A number of counsel appearing for a total of 58 petitions, on their part, claimed the issues survived and required adjudication by the top court.

The bench said there were two aspects, the validity of the action and the problem associated with the implementation of demonetisation.

The court fixed the matter for hearing on October 12 to examine whether the petitions require consideration or it has become an academic exercise.

The apex court had on December 16, 2016 referred to the Constitution Bench, the issue of validity of government's decision to demonetise currency notes of Rs 1,000 and Rs 500.

While holding that the challenge to the November 8, 2016 notification was in the arena of "public importance" as complaints of inconvenience have been brought, it had said there was a need for a direction for referring it to a larger bench for "authoritative pronouncement by five judges".

The petitioners claimed the hard-earned money of the people were  confiscated without due process of law and without granting fair opportunity to them.

Prime Minister Narendra Modi had on November 8, 2016 announced that Rs 500 and Rs 1,000 notes would no longer be a legal tender from the next day. The government, subsequently, passed several orders giving windows to the people to exchange old currency notes.