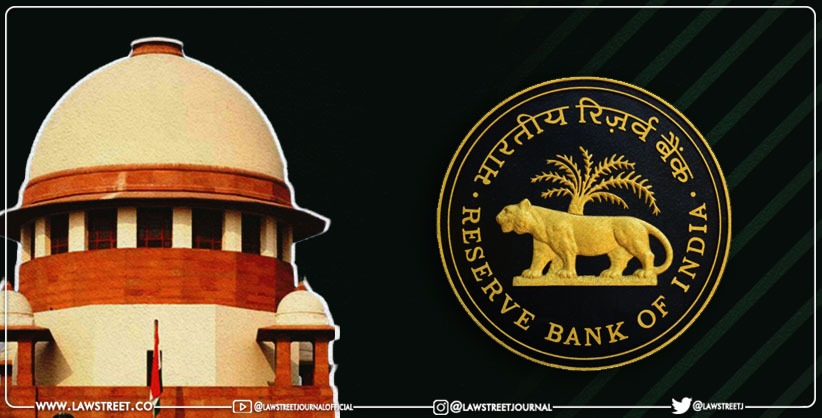 NEW DELHI: The Supreme Court has on Friday decided to consider a plea against its own 2015 judgement which mandated banks to disclose list of defaulters, inspection reports and other critical details, saying the verdict prima facie failed to balance the right to information with the right to privacy.

A group of public and private banks approached the top court against a clutch of RBI circulars issued for disclosure of details under the RTI Act in accordance with the 2015 judgement.

"Prima facie, we find that the judgement of this court in the case of Jayantilal N Mistry (2015) did not take into consideration the aspect of balancing the right to information and the right to privacy," a bench of Justices B R Gavai and C T Ravikumar said, rejecting preliminary objections on maintainability of the writ petitions by banks.

The court also noted the right to privacy was declared a fundamental right by a nine-judge bench in K S Puttaswamy case subsequently in 2017.

Advocate Prashant Bhushan and others questioned maintainability of writ petitions filed by HDFC and others. The counsel said RBI was duty bound to furnish all information relating to inspection reports and other materials in terms of the apex court's judgement. He also contended the validity of an order passed by this court itself cannot be subject to writ jurisdiction.

Petitioners banks challenged the action of the RBI, which issued directions to banks to disclose certain "confidential and sensitive information". The banks claimed this is not only contrary to the provisions as contained in the RTI Act, the RBI Act and the Banking Regulation Act, 1949, but it also adversely affects the right to privacy of such banks and their consumers, the court noted.

The RBI issued such directions in view of the decision of this court in the cases of Jayantilal N Mistry (2015) and Girish Mittal (2019). As such, the petitioners would have no other remedy than to approach this court, the bench pointed out.

Relying upon Justice Ranganath Misra's words in the case of A R Antulay (1988) that this being the apex court, no litigant has any opportunity of approaching any higher forum to question its decision, the bench said, "The only remedy available to the petitioners would be to approach this court by way of writ petition under Article 32 of the Constitution for protection of the fundamental rights of their customers, who are citizens of India."

The bench also noted banks were not parties to the 2015 judgement. Though their applications for recall of the decision was rejected on April 28, 2021, however, this court did not foreclose their right to pursue other remedies available to them in law.

The bench also cited the top court's decision in Rupa Ashok Hurra case (on creation of curative jurisdiction) to point out this had specifically rejected the contention that a writ petition under Article 32 of the Constitution was barred or not maintainable with reference to an issue which was the subject matter of an earlier decision.

"Though the concept of finality of judgment has to be preserved, at the same time, the principle of ex debito justitiae cannot be given a go¬bye. If the court finds that the earlier judgment does not lay down a correct position of law, it is always permissible for this court to reconsider the same and if necessary, to refer it to a larger bench," the bench said.