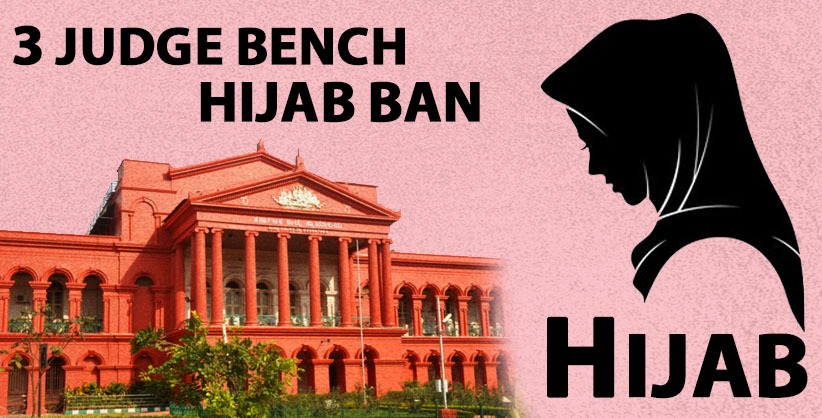 NEW DELHI: The Supreme Court on Monday agreed to look into a plea for constituting a three-judge bench to consider a matter related to ban on Hijab in classrooms of Pre University Colleges in Karnataka.

"This is a three-judge matter. We will do it," a bench led by Chief Justice D Y Chandrachud told senior advocate Meenakshi Arora who mentioned the matter on behalf of girl student.

She said there was urgency at least to pass an interim order due to examinations, beginning from February 6.

The counsel said after the split verdict, students have moved to private colleges, but examinations can be held only in government colleges and thus they may be permitted to appear while wearing Hijab.

The bench, also comprising Justices V Ramasubramanian and J B Pardiwala asked the petitioner's counsel to mention before the Registrar.

On October 13, 2022, a division bench of the Supreme Court had given a split judgement on validity of ban on hijab worn by some Muslim girl students in classrooms of Pre University Colleges in Karnataka.

The court had then left the issue to be decided by a larger bench.

The bench of Justices Hemant Gupta (since retired) and Sudhanshu Dhulia had said since there is divergence of views, the matter would be posted before the Chief Justice of India for setting up a larger bench.

Justice Gupta dismissed the batch of appeals filed against March 15, 2022 judgement of the High Court, which upheld the ban, saying permitting one community to wear their religious symbols would be antithesis to secularism.

Justice Dhulia, for his part, differed by allowing the appeals and quashing the notification issued by the state government on February 5, 2022.