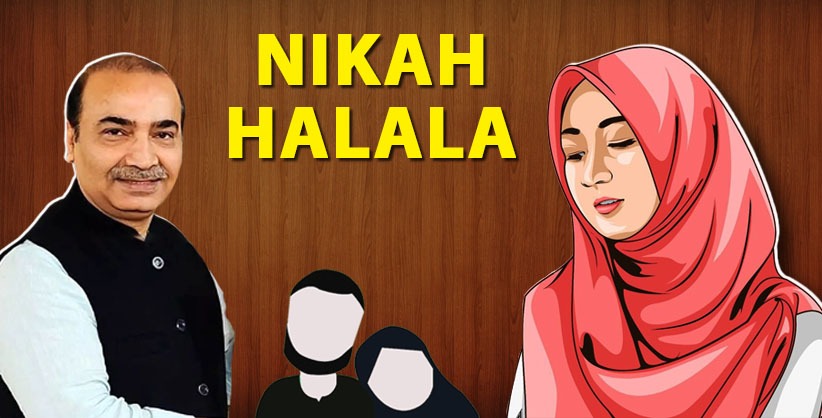 NEW DELHI: The Supreme Court on Thursday agreed to set up a fresh five-judge bench to hear a batch of pleas questioning validity of polygamy and 'nikah halala' practised by Muslims in the country.

"We will form a bench," Chief Justice of India D Y Chandrachud said on a urgent mentioning made by advocate Ashwini Kumar Upadhyay who has filed the PIL in the matter.

Upadhyay said of the five judges who heard the matter, two judges Justices Indira Banerjee and Hemant Gupta has retired, warranting setting up a new bench.

The CJI-led bench agreed to look into his request.

On August 30, this year, the Supreme Court's Constitution bench had issued notice to the Centre and others in the matter.

Separate petitions filed by a group of Muslim women and Upadhyay challenged the constitutional validity of the polygamy and nikah halala.

Upadhyay’s plea said the injury caused to the women as practice of triple-talaq, polygamy and nikah-halala is violative of Articles 14, 15 and 21 of the Constitution and injurious to public order, morality, and health.

The plea sought a direction to declare Section 2 of the Muslim Personal Law (Shariat) Application Act, 1937, unconstitutional and violative of Articles 14, 15 and 21 of the Constitution, insofar as it seeks to recognise polygamy and nikah-halala.

In August 2017, the top court held that Muslim practice of 'triple talaq' is unconstitutional and struck it down by 3:2 majority judgement.

Polygamy allows a Muslim man to have four wives.

Once a Muslim woman is divorced, her husband is not permitted to take her back even if he had pronounced talaq under influence of any intoxicant, unless his wife undergoes nikah-halala, which involves her marriage with another man, who subsequently divorces her so that her previous husband can re-marry her.

In 2017 verdict, while quashing the practice of 'triple talaq', the court had kept open the issue of polygamy and 'nikah halala'.

According to the petitioners, the five-judge bench would examine validity of Polygamy, 'Nikah Halala', 'Nikah Mutah', 'Nikah Misyar' and  Sharia Court.