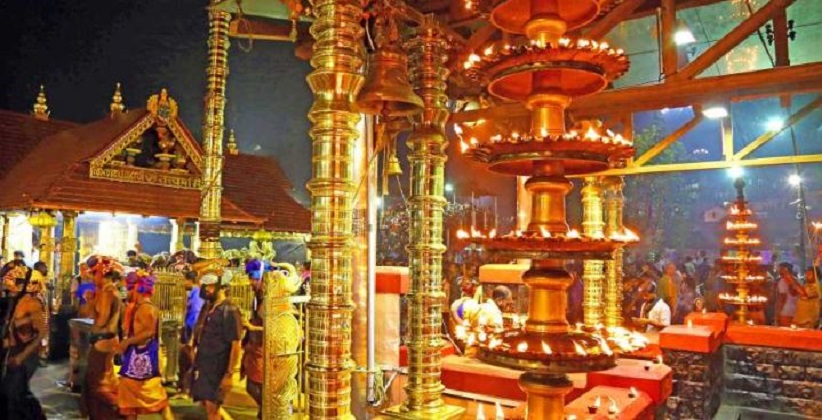 Judiciary Nov 14, 2018 Editor : Shreya Bansal 0 Shares
0 Shares
The Supreme Court on November 13, 2018, has agreed to hear the forty-nine review petitions filed against its September 28, 2018, judgment allowing women of all ages’ entry into the Sabarimala temple on January 22, 2018, in open court.

However, the Bench of CJI Ranjan Gogoi and JusticesRohinton Nariman, A.M. Khanwilkar, D.Y. Chandrachud and Indu Malhotra clarified that there is no stay on the judgment of September 28, 2018, of the Supreme Court. In its order, the Bench said that “we make it clear that there is no stay of judgment dated September 28, 2018 passed in Writ Petition (Civil) No.373 of 2006 (Indian Young Lawyers Association & Ors. v. The State of Kerala & Ors.).”

Earlier in the day, the Supreme Court had deferred the hearing of the fresh petitions pertaining to the entry of women into Sabarimala temple. The Bench comprising of CJI Ranjan Gogoi and JusticesSanjay Kishan Kaul and K.M. Joseph had heard four petitioners – G. Vijayakumar, S. Jaya Raj Kumar, Shylaja Vijayan, and Akhil Bharatiya Malayalee Sangh, before deferring the hearing of the same. The Bench had said that the writ petitions will be heard subject to the decision of the review petitions filed against the Sabarimala verdict. A Constitution Bench by 4:1 majority struck down Rule 3(b) of the Kerala Hindu Places of Public Worship (Authorisation of Entry) Rules, 1965, to allow entry of women, irrespective of their age, into the Sabarimala Ayyappa temple in Kerala. The Bench headed by then CJI Dipak Misra and comprising of Justices Rohinton Nariman, A.M. Khanwilkar, D.Y. Chandrachud, and Indu Malhotra held that Rule 3(b) of 1965 Rules which bars entry of women between the ages of 10 and 50 years into the Sabarimala temple is a clear violation of right of Hindu women to practice religion under Article 25 of the Constitution of India. Following the judgment, violence had erupted in and around the temple to prevent women from entering the shrine.