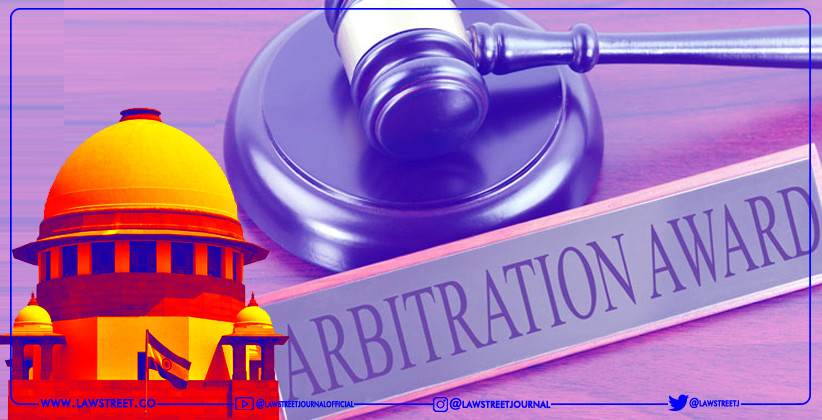 Also Read - Removal of Arbitrator under Section 11 of the Arbitration & Conciliation Act, 1996? A welcome step

The bench was headed by Justice Sanjay Kishan Kaul and while dismissing a special leave petition filed by Bihar government, it said:

“We are not dealing with a person  having lack of knowledge of  law but the State of Bihar having large legal department working for it. To say the least, it is the sheer absurdity”

Also Read - Arbitration- Enforcement Court May Refuse Enforcement of Foreign Award, But Cannot Set Aside or Correct It: SC

Background of the case: The issue was related to a dispute between the Bihar government and a road contractor where the arbitrator passed an award of nearly Rs 2.05 crores against the government. This  amountwas  to  bepaid  within  aperiod  of  60days from  the  dateof  receipt  ofthe  award,  buton  failure to  do so,the  post  awardinterest  had  tobe  paid  as per law.   Misadventure of Bihar Legal Department: The  petitioner (Government) was  aggrievedby  this  awardand logically  should  havefiled  proceedings  under Section 34  of  the Arbitration and Conciliation Act,  1996, on which SC said:

“The  petitioner for  the  reasons best  known  to  it persuaded  a  misconceived adventure  of  filing a  title suit!”

The ‘second misadventure’ also met with no success, as the High Court dismissed the appeal. Challenging this, the Bihar government filed SLP in the Supreme Court.

While issuing notice on the SLP in 2019, the Court had directed Bihar Government to deposit Rupees one crores in the execution court to the credit of the contractor The Supreme Court heavily criticized the legal department for instituting the suit proceedings despite the same were clearly barred as per the Arbitration and Conciliation Act and said:

“We are shocked department and surprised to note that the legal States of Bihar misadventured into a completely non-maintainable remedy when the Arbitration Act is a Code by itself and on top of  that took 7 years to realize this mistake. If the petitioner has suffered losses on account of this misadventure, it is for it to  recover the same from the officers concerned who were so legally  ignorant,despite being part of the legal department.”

At last, the Court said that it was showing consideration to the fact that a young lawyer was appearing for the Bihar Government while limiting the costs as Rs 15,000 which has to be paid to the respondent within four weeks. The Court also directed the executing court to proceed with the execution expeditiously, considering the delay.   [READ ORDER]