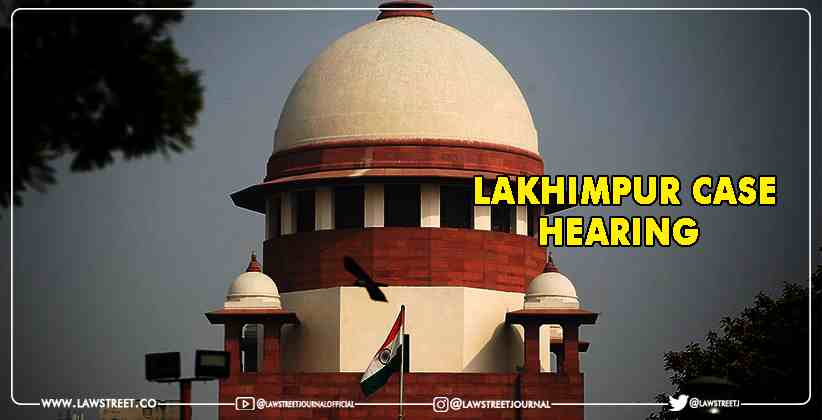 SC seeks separate status report from UP govt on killing of journalist Kashyap and an accused Shyam Sundar in Lakhimpur killings.
Accused's widow Ruby says she had named three persons for husband's killing but police refusing to register any FIR till date

UP AAG Garima Prashad: We had circulated the status report

CJI: Why have you kept all accused except one in police custody. For what purpose

AAG: after filing this report, seven more statements have been recorded under Section 164 CrPC

Sr Adv Harish Salve: There are some updated figures.

Salve: Out of 68, 30 witnesses have been recorded under 164 CrPC. Of these 23 are eye witnesses. A lot of them are former witnesses etc

CJI: case is there were hundreds of farmers are in a rally. Only 23 people were there ?

Salve: we gave an advertisement. The people who saw the onea in car etc are already there. A large no of digital media has been recovered. There are overlapping videos.

Salve: There was also a person who was conducting videography of the event. These have to be sent to labs so that they can be taken as evidences.

Surya Kant J: You said there was 4,000 or 5,000 people. Mostly they were locals. Post incident most of them have been agitating for an inquiry. Accessibility and identification of such persons in the vehicle should not be a great issue

CJI: In such a case there is a possibility of....

Salve: if you approve we can show some 164 statements to you

CJI: if the eye witness is more credible than a bystander then it's best to have that first hand information

Salve: Can we show you in sealed cover which are the 164 statements. I have been told what kind of statements have been recorded.

Kant J: Let us not forget that some people in this crowd are just fence sitters. There will be only some who can stand and depose

Salve: all 16 accused have been identified

CJI: Are there any injured witness?

CJI: Not a single injured witness, ok. We can direct the labs to expedite the delivery of the reports

Salve: I believe there are some injured witnesses and some of them are there in the recorded 164 statements. I will give a list

CJI: Another issue is witness protection and you asked them to apply for it

Salve: That ia a problem with the statement, they have already been provided with security.

CJI: We have seen the second statua report by UP. We have been apprised of different steps being taken and development in the case. However the concern is getting reports from FSL labs as early as possible.

CJI: Regarding witness protection we direct the witnesses to be provided protection by the state. We further direct that 164 statements and the relevant ones be recorded expeditiously.

CJI: If a judicial officer is not available, district judge can allocate a nearest magistrate can hear the 164 statements.

Sr Adv Arun Bhardwaj: I appear for Ruby Devi. My husband has been killed. I want justice. The killers are roaming free and threatening me

Salve: I will inform the police...

Salve: Shyam Sundar, the accused is the one here. Husband of Ruby Devi. This is being probed. The death of the journalists who was in the car was also killed.

CJI: you have to file separate replies Mr Salve

CJI: there are two complainants before me. One by Ruby Devi and one death of journalist. State is directed to file separate replies in the case

Bhardwaj: Kindly allow our statements to be recorded..

Salve: It will be done

Court wants forensic labs to expedite process of submitting evidence in the case. Matter to be heard again on November 8. Court also expressed surprise that out of 4000~5000 odd gathering,  statement under 164 was recorded only of  20 eye witnesses

SALVE initially stated that there are no injured eye  witness as there were all fatalities. He later corrected himself saying the eye witnesses include 3-4 injured witnesses whose statements had been recorded under 164 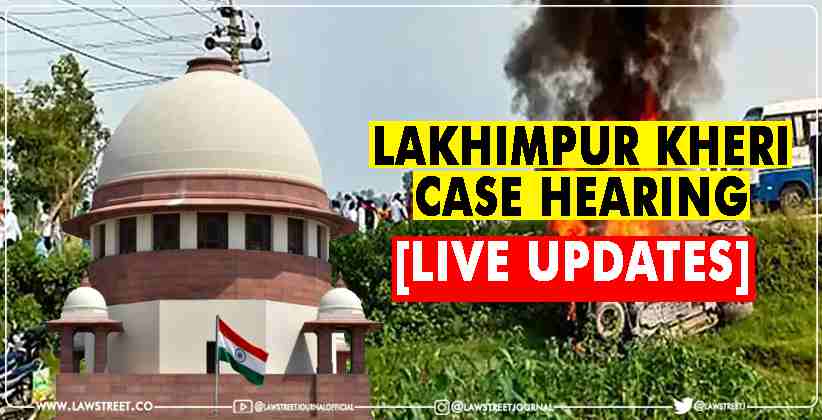 Judiciary Oct 20, 2021 Lawstreet News Network ( ) 35 Shares
35 Shares
Sr adv Harish Salve submits Uttar Pradesh Govt has filed a status report in a sealed cover envelope.CJI: We received it just now. How are we supposed to read? You should file at least a day before. And we never said sealed cover.Salve says the matter can be taken up on Friday but the CJI replies it can't be taken up on that day.Judges are now going through the report submitted by the state.Sr adv and Additional Advocate General Garima Prashad is also there for the Uttar Pradesh Govt.CJI to...
Read full post