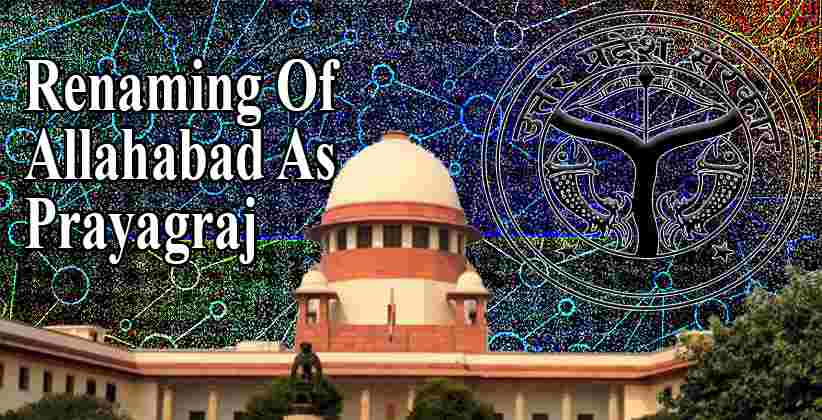 The Apex Court today (20 January, 2020) issued a notice on a plea challenging Uttar Pradesh State Government's decision renaming the city of Allahabad as Prayagraj in 2018.

The Allahabad Heritage Society filed a petition challenging the decision on 26 February, 2019.

This petition was dismissed by the High Court stating that renaming the city does not affect the public life of people neither does the Court interfere in policy matters of a State.

However the plea filed by Advocate Shadan Farasat stated that the name is associated with the city for over 400 years and it has great sentiments attached with the people irrespective of their religion.

Moreover the petitioner contended that High Court can intervene in the matters if it is associated with fundamental rights of the people mentioned in Part III of the Constitution of India, 1949.

Further the petitioner argued that the decision was a product of whims of the State Government and was not in accordance with public support.

The State Governments before announcing such change should have a prior approval of the Union Government but with respect to Allahabad district no such approval took place.

Hence the 2018 decision of renaming Allahabad to Prayagraj was a violation of Article 14 and 27 (Right against arbitrary action), Right to identity Article 21, and the mandate to protect India's composite culture under Article 29 of the Constitution.